Forget the fair Maid Marian: These stocks are the source of Robinhood investors' affections.

There's no shortage of hacks that people will employ to help them find opportunistic investments. From discussing stocks with friends and family at a barbecue to following in the footsteps of what Warren Buffett is buying for Berkshire Hathaway.

A newer approach is to monitor the popular stocks among those trading through Robinhood. From Amazon to Zynga, the companies that garner the most interest among Robinhood traders represent a wide swath of the business world, so let's focus on one niche: alternative-energy stocks. In doing so, we find FuelCell Energy (FCEL -9.86%), Plug Power (PLUG -8.12%), and Workhorse Group (WKHS -5.62%). 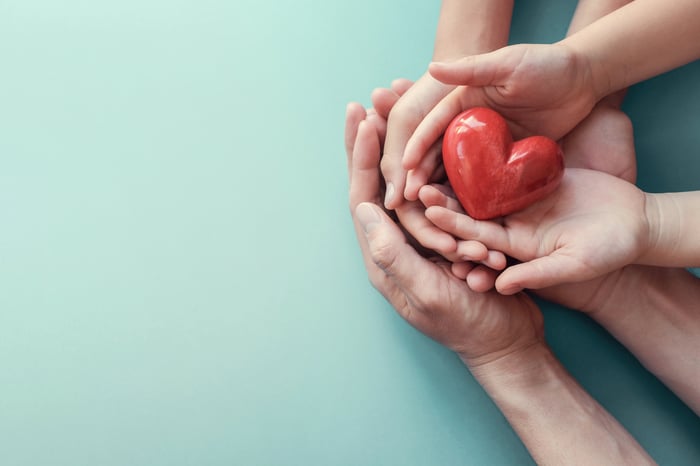 Of the limited number of options available to investors who are enthusiastic about the growth of the hydrogen economy, FuelCell Energy, with a $612 million market cap, is one of the smaller companies dealing in fuel cell solutions. Unlike other fuel-cell focused companies that supply a variety of markets, FuelCell Energy is singularly focused on the development of megawatt-scale fuel cell projects. But it's also exploring carbon-capture solutions through a joint development agreement with ExxonMobil.

While FuelCell Energy may continue to garner attention from Robinhood aficionados after it announced this week that it won four project awards throughout Connecticut, the company's recent success fails to compensate for the challenges it faces in building its backlog, ensuring future growth. In the third quarter, for example, FuelCell Energy reported that it ended the quarter with a backlog of $1.3 billion, representing a 4% decline from the same period last year. 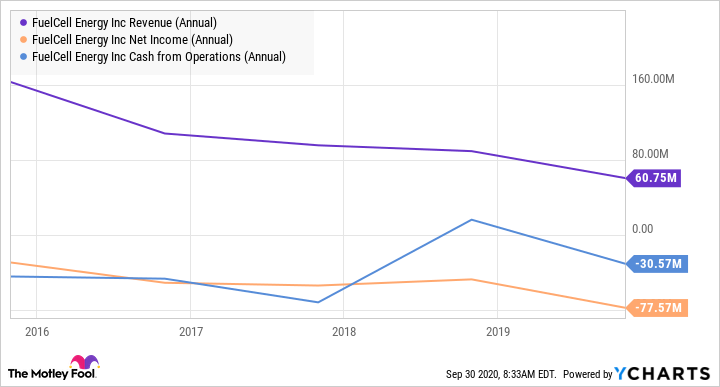 The interest in FuelCell Energy is understandable considering the increasing popularity of hydrogen power, but with revenue dwindling over the past few years, nonexistent profits, and consistently negative cash flow, FuelCell Energy should only draw the attention of investors willing to take on considerable risk.

Like FuelCell Energy, Plug Power is also poised to prosper from the growing adoption of fuel cell solutions, though its reach is much more diverse. Initially, Plug made a name for itself by providing its solutions to the market for material handling equipment, securing major customers like Walmart and then Amazon, but the company is looking to broaden its scope.

Over the summer, for example, Plug announced its foray into the large-scale backup-power market. And more recently, the company has excited investors' enthusiasm with the signing of a memorandum of understanding with Linde to demonstrate its ProGen fuel cell engine in Class 6 and Class 8 vehicles.

Plug also has revealed interest in providing its fuel cells to power aircraft with the help of its partner Universal Hydrogen. Speaking to the prospect of hydrogen-powered flight, Andy Marsh, CEO of Plug Power, said, "Through this partnership, we are taking our first steps toward establishing a complete ecosystem for the aviation market, from powertrain to hydrogen solutions, ultimately enabling a global transportation system powered by green hydrogen."

The company is forecasting ambitious growth over the next few years, targeting $1.2 billion in annual revenue in 2024 (its 2019 revenue totaled $230 million). In order to achieve this target, it intends to diversify the industries that it serves. Besides the ambitious top-line growth that management foresees, investors are also undoubtedly charged up about the prospect that the company will turn profitable in the next few years. Plug has set 2024 targets for $200 million in operating income and $250 million in adjusted EBITDA. 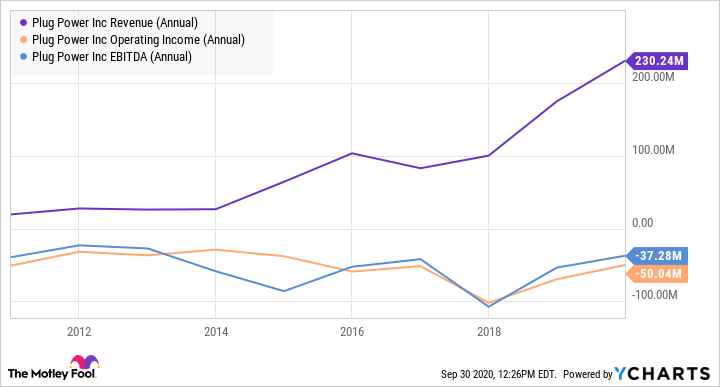 Whereas the company's revenue target seems attainable, investors would be well served to exercise caution before assuming the company will achieve its profitability forecasts, since it has never generated positive annual operating income or EBITDA.

Unlike the fuel-cell oriented FuelCell Energy and Plug Power, Workhorse Group, a manufacturer or battery-electric delivery vans, occupies a different area of the renewable energy space. The company's C-Series vehicles are suited for last-mile delivery, an annual addressable market that Workhorse estimates to be about $18 billion. In addition, Workhorse is taking to the skies, developing a drone delivery option called HorseFly.

It's not surprising that Robinhood investors are so interested in Workhorse, since the electric vehicle (EV) sector has gained considerable attention over the past few months. And Workhorse claims to offer investors a compelling opportunity, branding itself as a "market leader, first mover and only U.S. pure play OEM [original equipment manufacturer] in medium duty electrification for last-mile delivery."

But wait, there's more: The bulls are also revved up about Workhorse's opportunity to profit from another corner of the EV market thanks to its relationship with Lordstown Motors, a manufacturer of electric pickup trucks that plans to go public with the help of special purpose acquisition company DiamondPeak Holdings (DPHC) by the end of 2020. Workhorse has a 10% stake in Lordstown Motors, a position valued at about $160 million.

While investors' fervor for Workhorse is understandable, it's crucial for potential investors to recognize that there's notable risk surrounding the company since it doesn't generate significant sales yet. In 2018 and 2019, Workhorse reported sales of $800,000 and $400,000, respectively.

For those yearning to pick up shares of a compelling growth stock, FuelCell Energy and Plug Power -- with their exposure to the hydrogen economy -- may tantalize investors with the prospect of getting in early on the next big thing. If they're willing to accept a significant amount of risk and are comfortable with the prospect of dilution, investors may want to dig in deeper to FuelCell Energy and Plug Power -- though I'm much more comfortable watching those stories play out from the sidelines.

On the other hand, Workhorse Group, with its focus on last-mile delivery and investment in Lordstown Motors, seems like a high-risk stock that I'd be willing to consider carving out a niche for in my own portfolio.