Plummeting 62% in 2019, shares of FuelCell Energy (NASDAQ:FCEL) ended the decade on a particularly sour note -- especially considering its peers, Plug Power (NASDAQ:PLUG) and Ballard Power Systems (NASDAQ:BLDP), were two of the best performing renewable energy stocks of the year. A look at the stock's performance over the past six months, however, tells a very different story -- the stock has skyrocketed more than 1,000% from the end of June to the beginning of January due to a variety of reasons.

Unlike Plug Power and Ballard Power Systems, FuelCell Energy's stock didn't benefit from analysts' upgrades, nor did it prosper due to the company's progress toward profitability. Rather, investors celebrated the completion of the company's restructuring initiative, progress in its carbon capture business, and the growing of its pipeline. 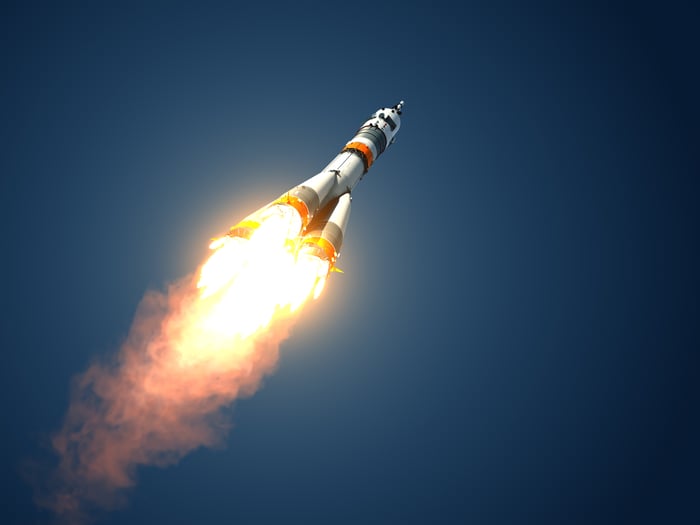 Calling off the engagement

One source of investors' recent enthusiasm is the belief that FuelCell Energy had emerged from the tenuous position in which it had previously found itself. Ending its four-month relationship, FuelCell Energy announced in early November that it was no longer retaining the services of Huron Consulting Services. In the related press release, FuelCell Energy noted that Huron had been providing various services related to FuelCell Energy's corporate restructuring since early June. According to Jason Few, FuelCell Energy's president and CEO, "Huron engaged at a difficult time in the Company's history and has completed its role successfully positioning FuelCell Energy in a much stronger position just four months after the initial engagement." 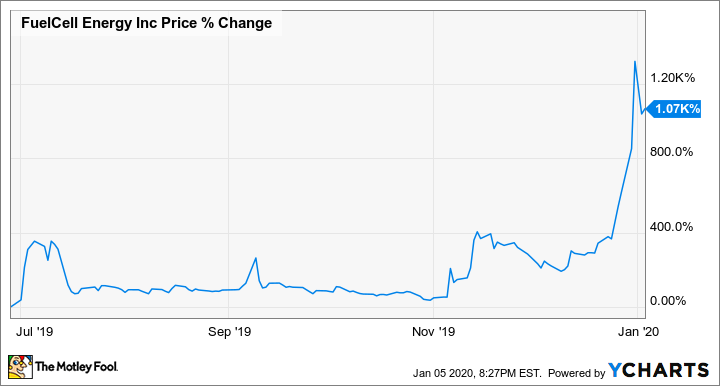 Building on a partnership forged in 2016, FuelCell Energy announced in November that it had entered into an expanded agreement with ExxonMobil to develop carbonate fuel-cell technology for large-scale carbon capture projects. The two-year agreement is worth $60 million, comprised of up to $15 million in milestone payments and $45 million in research and development. To put in perspective the significant value of the agreement, consider the following: over the past 12 months, FuelCell Energy has generated $68 million in revenue.

The deal with ExxonMobil wasn't the only indication that FuelCell Energy was picking up steam in proving the value of its carbon capture solutions. In June, the company announced that it had signed an agreement with Drax Power Station in the United Kingdom for the use of its carbon capture solution. Although financial terms regarding the agreement weren't disclosed, the deal suggests to investors that demand for the company's carbon capture technology may be more extensive than the one deal with ExxonMobil.

While there were several indications that FuelCell Energy's future appeared brighter than it had at this time last year, one of the greatest signs for investors was learning the value of the company's backlog: $2 billion. Representing nine projects and more than 80 megawatts, the backlog is the largest in the company's history. One of the most notable aspects about the company's backlog is the level of its generation business, which totaled about $1.2 billion as of the end of June 30 -- a notable increase over the $430 million which it represented at the same time in 2018.

Granted, digging deeper into debt isn't something which investors are going to celebrate, but that's what the company revealed in early November when it announced that it had entered into an eight-year $200 million strategic corporate loan facility with Orion Energy Partners. According to the press release, the initial $80 million drawdown would be used "to primarily support execution of certain projects within the Company's $2 billion project backlog." While the increasingly debt-laden balance sheet isn't desirable, perhaps investors reconciled it with the fact that it takes money to make money.

Don't get too charged up about this stock just yet

Despite some signs that FuelCell Energy is on a more secure path, the company is far from out of the woods. The company continues to suffer from a consistently waning top-line, and there's no guarantee that it will successfully transition projects out of its backlog in a timely manner. Nonetheless, investors who are intrigued by FuelCell Energy's apparent turnaround should pay close attention to the company's Q4 earnings report which is scheduled for next week as this should provide valuable insight into the company's financial well-being.