Focusing too much on common valuation metrics can be shortsighted with these high-flying stocks.

Appearances can be deceiving.

For example, take two commonly used valuation metrics for a stock: price-to-earnings (P/E) ratio and price-to-sales (P/S) multiple. Many investors see a stock with high P/E and P/S values and automatically think the stock is too expensive to buy, but that's not always the case.

There's a good argument to be made that stocks are generally priced at a premium these days with the market near all-time highs. However, some individual stocks that appear to be expensive are actually more attractively priced than they seem. Here are three stocks that seem ridiculously overvalued, but really aren't. 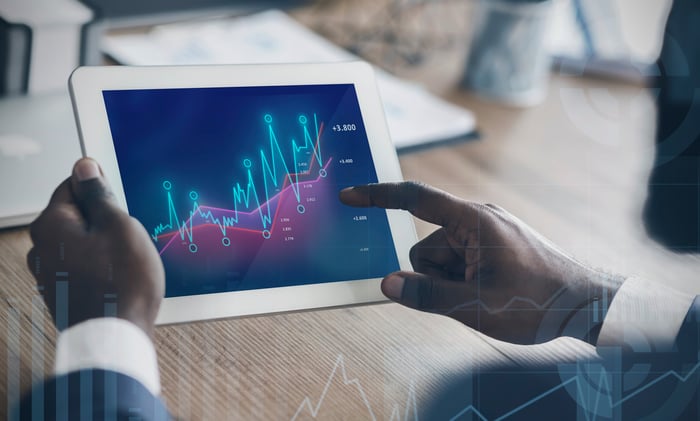 Fastly's (FSLY 2.63%) shares currently trade at 714 times expected earnings. That's not a typo. You might think there's no way that Fastly could be viewed as anything but ridiculously overpriced with such a sky-high forward earnings multiple, but it's important to look at the big picture.

For one thing, Fastly doesn't generate any earnings yet. Wall Street expects the company to eke out an adjusted profit in 2021, though. Using the forward P/E to gauge Fastly's valuation at this point is futile.

But what about Fastly's P/S multiple of 37? That's certainly a nosebleed level, right? It would be in most cases. However, Fastly's revenue is on track to grow by roughly 50% year over year in 2020. That growth rate puts the company's high P/S multiple in a different light.

Perhaps the most critical factor to assess, though, is Fastly's potential market. The company ranks as a leader in content delivery networks (CDNs) and edge computing, both of which speed up the delivery of apps and data over the cloud to users. Together, CDNs and edge computing give Fastly a current total addressable market of over $35 billion. That market continues to grow rapidly. If Fastly can keep attracting new customers (and I think it will), its current market cap of around $9 billion could be just a drop in the bucket compared to what it could be in the future.

Livongo Health (LVGO) stands out as another stock with a seemingly scary valuation. Its shares trade at nearly 278 times expected earnings. The healthcare stock is priced at more than 50 times sales. Crazy expensive? I don't think so.

Livongo also appears to be astronomically priced based on its P/S multiple. But its sales soared 125% year over year in the second quarter of 2020, with momentum accelerating. Livongo has barely scratched the surface of the potential $46.7 billion market in helping individuals manage their diabetes and hypertension, and that's just the U.S. opportunity.

We also need to remember that Livongo should soon merge with Teladoc Health (TDOC 6.47%), a fast-growing innovator in its own right. The combination of the two companies will create a virtual care powerhouse set to profit from two unstoppable trends -- the rise of telehealth and the increase in the number of individuals with chronic conditions.

With a forward earnings multiple of 43, Moderna (MRNA -2.01%) kind of looks cheap in comparison to Fastly and Livongo. But you also have to take into account the biotech's P/S multiple of 215. In reality, both metrics seem super high at first glance.

The company isn't profitable yet, so that forward earnings multiple is based entirely on analysts' guesses at what Moderna might make next year. As for the P/S ratio, it's based on revenue that Moderna has received from collaborations and grants.

However, an emergency use authorization (EUA) from the Food and Drug Administration could be right around the corner for Moderna's coronavirus vaccine candidate mRNA-1273. Moderna stands to rake in around $1.5 billion from the U.S. government to supply 100 million doses of the vaccine if it secures EUA. The company also has a supply deal with Canada for 20 million doses. It's in discussions with Japan to supply 40 million doses and with the European Commission to supply 80 million doses. Moderna could soon see a massive influx of money.

There's an even bigger story with Moderna that's easy to miss. If mRNA-1273 is successful, the chances of the rest of the company's messenger RNA (mRNA) candidates working increase dramatically. Moderna believes that if mRNA works for one disease, it should work for many. If you look at what the biotech's potential sales could be when treating just a handful of diseases using mRNA technology, Moderna's current market cap of close to $26 billion isn't overvalued at all.