Please ensure Javascript is enabled for purposes of website accessibility
Log In Help Join The Motley Fool
Free Article Join Over 1 Million Premium Members And Get More In-Depth Stock Guidance and Research
By Prosper Junior Bakiny – Oct 3, 2020 at 8:20AM

How soon will a vaccine for COVID-19 be available to the general public? At this point, no one knows for sure, but we do have a list of the companies that seem the most likely to win the coronavirus vaccine race. Inovio Pharmaceuticals (INO -5.47%) is often featured on this list, along with such drugmakers as Moderna (MRNA -0.58%), Pfizer (PFE 0.73%), and AstraZeneca (AZN 0.06%).

However, Inovio's COVID-19 effort recently hit a potential roadblock: The U.S. Food and Drug Administration (FDA) placed the filing of the biotech's Investigational New Drug (IND) application for the phase 2/3 trial of its potential COVID-19 vaccine, INO-4800, on hold. Let's take a closer look at this new development and what it could mean for investors moving forward. 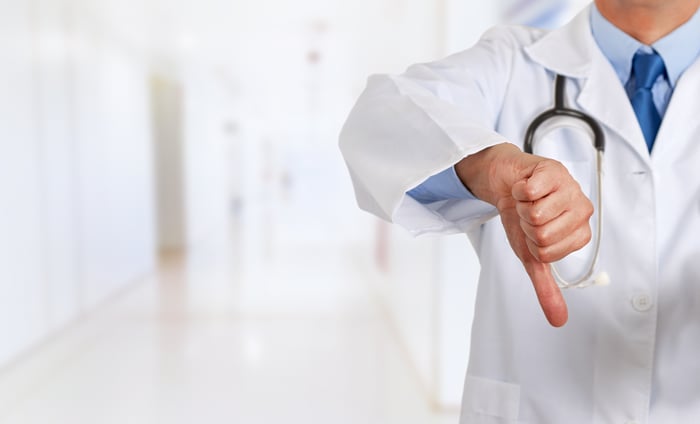 What the clinical hold entails

Inovio planned on starting a phase 2/3 clinical trial for INO-4800 in September, and the company was awaiting approval from the regulatory authorities to do so. The FDA's decision to put the biotech's IND on partial clinical hold means Inovio does not have the green light to kick off this phase 2/3 study just yet. The FDA is requesting more information, particularly regarding Inovio's proprietary Cellectra 2000 device, which it uses to administer the vaccine directly into a patient's skin.

Inovio plans on addressing the FDA's concerns, and if the vaccine maker does so satisfactorily, it will be able to start its late-stage trial. Note that the partial clinical hold does not apply to Inovio's still-ongoing phase 1 clinical trial for INO-4800, nor was it due to some serious adverse reaction caused by the vaccine.

This new development is disrupting Inovio's timeline. The biotech plans to respond to the FDA's concerns in October, and once it does, the health industry regulator will have up to 30 days to decide whether the trial can proceed. This means that Inovio could, in principle, start this trial sometime in November -- or even in late October with some luck. That would be a month or two later than it had initially planned.

However, even this best-case scenario presents problems for Inovio's shareholders and investors who may have been considering initiating a position. Let's not forget that the biotech stock's 240% year-to-date gains have been driven almost entirely by enthusiasm regarding its COVID-19 program. 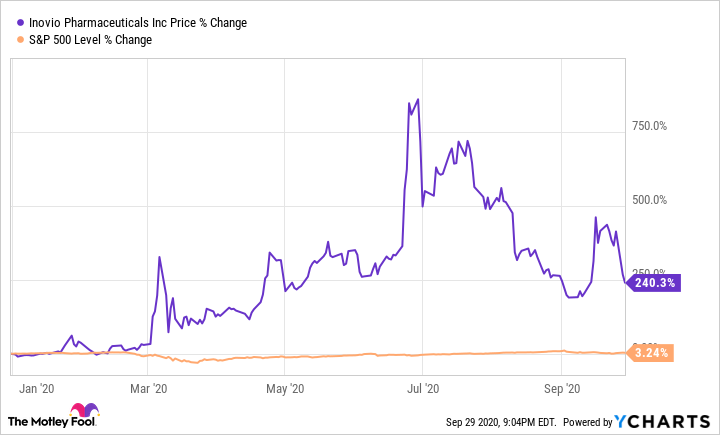 This delay will cause Inovio to fall even further behind other companies in this race. CEO Albert Bourla said the company expects to know whether its vaccine is effective by the end of October, and it plans on filing for regulatory approval as quickly as possible thereafter. All of this could happen before Inovio even starts its phase 2/3 clinical trial.

Moderna and AstraZeneca are also looking increasingly more likely to launch vaccines on the market before Inovio does, as each has already started phase 3 studies for their candidates. It's certain that the first wave of vaccines won't be the last; in the long run, whichever vaccine is the most effective will end up with the spoils, especially given the worldwide need. But at this point, there is no reason to suppose that Inovio's candidate will prove more effective than those of its peers.

Similarly, the vaccines being developed by AstraZeneca, Pfizer, and Moderna could also all end up failing to prove safe and effective in their respective late-stage studies, which would open the door for Inovio (and others) to grab the lead in this race. But there's no reason to believe that scenario is plausible, either. Given these factors, it is no wonder that investors sold off shares of Inovio after the company revealed this latest development.

Investors should stay away, for now

In my view, it is difficult to justify investing in Inovio based on its coronavirus vaccine prospects at this point. After all, other drugmakers seem in a better position to profit from this market, and established pharma giants like Pfizer and AstraZeneca don't run the risk of their stocks crashing even if their COVID-19 candidates flop in late-stage trials. For those reasons, I'd caution investors to steer clear of Inovio at the moment, as there are other, more promising biotech stocks to consider.