Please ensure Javascript is enabled for purposes of website accessibility
Log In Help Join The Motley Fool
Free Article Join Over 1 Million Premium Members And Get More In-Depth Stock Guidance and Research
By Keith Speights – Sep 28, 2020 at 10:04AM

Shares of Inovio Pharmaceuticals (INO -10.05%) were crashing 32.5% lower as of 9:37 a.m. EDT on Monday. The huge decline came after the company announced that the U.S. Food and Drug Administration placed Inovio's filing to begin a phase 2/3 clinical study of COVID-19 vaccine candidate INO-4800 on partial clinical hold.

Investors are justifiably worried about the status of Inovio's COVID-19 vaccine program. The small biotech had hoped to start its phase 2/3 study of INO-4800 in September. That's now completely off the table. 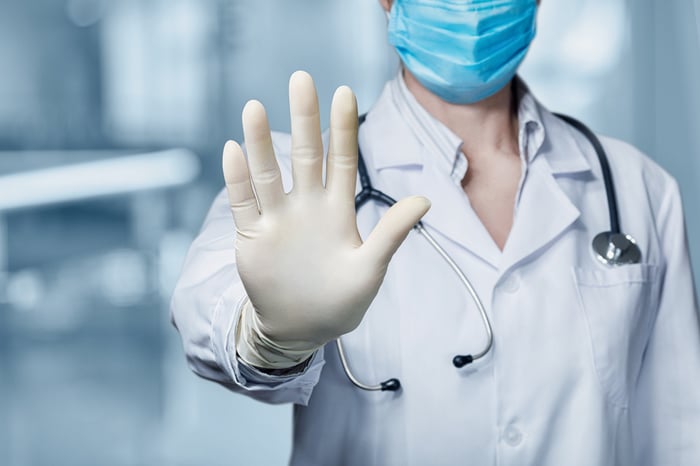 There was one sliver of good news in Inovio's concerning announcement, though. The company stated that the FDA's partial clinical hold "is not due to the occurrence of any adverse events" in its ongoing phase 1 study of INO-4800. A serious safety issue for Inovio's COVID-19 vaccine candidate would have been about the worst news that Inovio could have had.

So why did the FDA choose to hold up the initiation of the phase 2/3 study of INO-4800? It's not totally clear at this point. Inovio only said that the agency "has additional questions" about the phase 2/3 study, which would include an evaluation of both INO-4800 and the Cellectra 2000 delivery device to be used in the clinical trial.

Monday's sell-off of the biotech stock isn't surprising. However, it could turn out to be overdone if the phase 2/3 study of INO-4800 isn't delayed for too long.

Inovio said that it's "actively working to address the FDA's questions and plans to respond in October." The FDA will then have up to 30 days after Inovio's response to determine if the phase 2/3 study of INO-4800 can begin. In the meantime, Inovio's phase 1 study of INO-4800 will continue, as will the company's other clinical trials.

Inovio said that it and its partners are continuing to prepare for the phase 2/3 study of INO-4800. However, the initiation of the study isn't just dependent on an FDA resolution of the partial clinical hold. Inovio also stated that the launch of the phase 2/3 study is "subject to the receipt of external funding to conduct the trial."

Inovio has previously hinted that an announcement regarding external funding for its INO-4800 program could be made in September. However, it's uncertain whether or not this announcement will also be delayed.