Please ensure Javascript is enabled for purposes of website accessibility
Log In Help Join The Motley Fool
Free Article Join Over 1 Million Premium Members And Get More In-Depth Stock Guidance and Research
By James Brumley – Oct 5, 2020 at 9:40AM

Once the data is gathered and the numbers are crunched, it's just not that big of a deal.

The headlines sound alarming enough. Alphabet (GOOGL -0.96%) (GOOG -0.95%) is shoring up something of a loophole that had let app developers like Netflix (NFLX -0.70%) sidestep payments technically due to the Google Play app store. Given Netflix's customer base of 193 million as of the end of the second quarter, an app store's typical 30% cut of the initial revenue it helps create isn't chump change. Even dialed back to a 15% take for renewed subscriptions, the commission payments in question are no small matter.

Netflix shareholders need not worry, though. The fact of the matter is, mobile apps aren't how most people buy or watch the world's most popular streaming service. 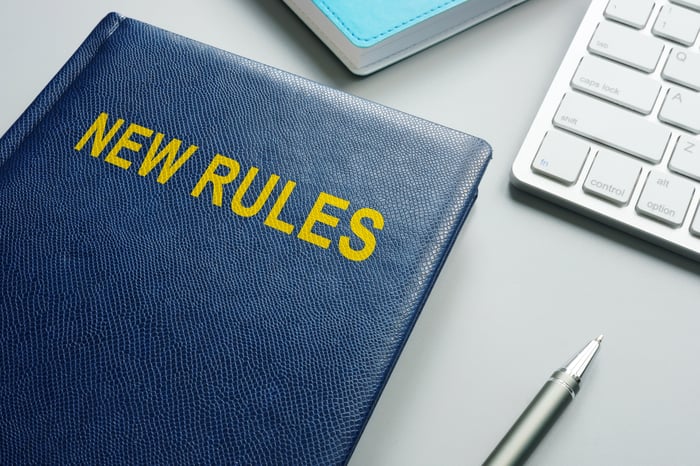 Technically, Google's rules about how apps are to collect payments from consumers didn't change. They were just clarified in the form of a polite warning. A blog post penned by Alphabet VP Sameer Samat last week explains the company will begin enforcing its rule that requires "developers who distribute their apps on Play to use Google Play's billing system if they offer in-app purchases of digital goods, and pay a service fee from a percentage of the purchase." Samat's post noted that app developers currently sidestepping Google Play's internal billing system have one year to comply, or they risk seeing their app removed from Google's app store.

Most Google Play apps already use Google's payment platform, but notably, apps from music service Spotify and -- you guessed it -- Netflix don't. Those digital content services instead direct users to a web browser outside of the Google Play interface where subscriptions are established. New enforcement of the existing rules are a worry for Netflix and its shareholders simply because Google Play is the most easily accessed app store for the world's roughly 2.5 billion Android users.

The development begs one question, though: Just how many of Netflix's customers sign up for, manage, and watch Netflix on an Android device?

As it turns out, not as many as you might think.

That's not how most people watch, or even sign up

Leichtman Research Group shed some light on the matter late last year, determining that 85% of Netflix's customers watch its video media on a television set. That's up from 77% nearly a decade ago, even though consumers have become much more attached to their mobile devices since then.

That data point doesn't indicate how those users signed up for their service; they could have still bought Netflix via the Google Play app store. They probably didn't, though.

Despite Alphabet's efforts, its operating systems like Chromecast and Android are still a relatively unpopular means of streaming video entertainment. The set-top streaming box market remains dominated by Roku, Amazon, and Apple (AAPL -1.72%), and Android TV and Chromecast aren't exactly well-represented operating systems within the highly fragmented connected TV market either. In 2018, Netflix itself reported that 25% of its customers signed up using a television while 40% joined using a laptop, circumventing the Google Play store, and most plausibly circumventing any Google platform.

Netflix said in the same report that only about one-third of its customers signed up using a mobile device, which still doesn't necessarily mean a purchase was made through the Google Play store. Remember, the Apple app store is also a mobile path to purchase. (Netflix is sidestepping Apple's app store payment tech too, by the way, for the same reason.)

The thing is, the numbers were never that big to begin with. App market research outfit Sensor Tower estimated in 2018 -- when Netflix first experimented with steering consumers around Google's payment platform -- that Google Play only produced about $100 million worth of revenue for streaming video market leaders. As such, only about $30 million of that figure would have been passed along to Alphabet. Netflix has grown its customer headcount from 124 million then to 193 million now, but even if Alphabet's cut grew accordingly, that would still be less than $50 million.

For perspective, Amazon's generated about $22 billion worth of revenue over the course of the past four reported quarters.

Don't misread the message. Netflix has skirted some bills it arguably should have been paying for years, and Alphabet isn't going to look the other way any longer. This is going to cost some money.

In the grand scheme of things, though, we're not talking about game-changing amounts. The headlines painted an overly alarming picture of this move.