Investors aren't happy when they don't get what they want.

Everything seemed to be chugging along on Wall Street on Tuesday until late afternoon. Between 2 p.m. and 3 p.m. EDT, the entire stock market took a quick nosedive. Most benchmarks had been up before that, but after the decline, things got ugly quickly. The Dow Jones Industrial Average (^DJI -0.06%), S&P 500 (^GSPC -0.30%), and Nasdaq Composite all lost more than 1%.

Market participants can cite plenty of reasons that the stock market might have made a midday pullback of the magnitude they saw on Tuesday afternoon. Yet even though those reasons contributed to the decline, the real reason for the drop was a combination of those things -- along with some other factors that few people are talking about. 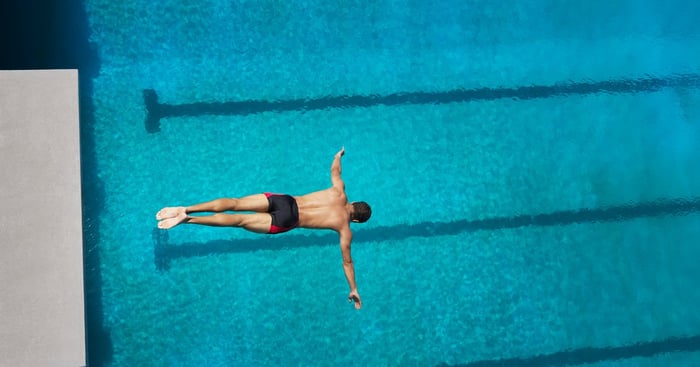 The market rally gets Trumped

The most common explanation for the midday sell-off was President Trump's announcement on providing economic support for struggling Americans. The president decided that he would no longer hold negotiations with Democratic congressional leaders to try to carve out a new round of stimulus measures, instead deferring any further discussions until after the Nov. 3 election.

With the election just four weeks away, the delay might not seem all that significant. But the expiration of certain provisions of the first stimulus package as of Sept. 30 have left many unanswered questions about what the next step could be.

In particular, airlines had hoped to get further financial assistance rather than having to go ahead with massive layoffs and furloughs. Southwest Airlines (LUV 1.41%), for example, had said that it might need to ask employees to make bigger sacrifices for the good of the company. With no stimulus coming soon, it calls into question whether airlines can afford not to move ahead with cost-saving measures.

Look to the bond market

Escaping many stock investors' notice was recent action in the bond market. Coming into Tuesday's session, long-term interest rates had risen to their highest levels in months.

Part of the reason for the higher rates was anticipation over an expensive stimulus package. If the federal government moves forward with spending trillions more dollars on financial support, it would require the Treasury to widen the already extensive deficit. That would potentially send bond yields higher.

Trump's announcement caused an equally sharp reversal in the bond market, as yields fell sharply. Even a short delay was enough to turn the tide in investor sentiment.

Investors have gotten used to getting what they want

More broadly, investors threw a temper tantrum on Tuesday because for once, the story in the stock market didn't play out the way they'd expected. The government has predictably opened its wallet in similar situations, so most investors expected stimulus talks to result in at least some kind of deal. The surprise shocked those who'd positioned themselves accordingly.

Whether today's reversal turns into a bigger pullback remains to be seen. What's certain, though, is that there's going to be considerable uncertainty over at least the next several weeks, as the presidential election, economic pressures, and geopolitical concerns all go through a long crescendo heading into November. Investors need to prepare accordingly.