Earnings from major carriers have a lot to say about the health of the economy.

Several airline stocks reported their financial results early Thursday morning, and the numbers have many investors looking at the implications for the transportation sector and the broader economy. Below, we'll look at what Southwest Airlines (LUV 0.85%), American Airlines Group (AAL 1.13%), and Alaska Air (ALK 2.35%) reported in more detail. 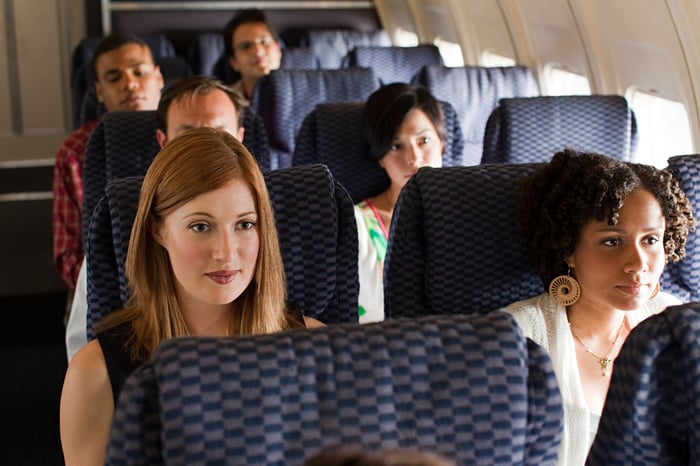 Shares of Southwest opened slightly higher on Thursday morning. The carrier's third-quarter financial results included some encouraging signs of recovery, but there are also some big challenges to overcome.

Southwest's year-over-year numbers were predictably strong. Operating revenue soared 161% to $4.68 billion, lifted by a near-tripling in passenger revenue. Southwest reversed a year-ago loss with net income of $446 million, translating to earnings of $0.73 per share. However, those bottom-line gains stemmed from $763 million of federal stimulus money coming in. Moreover, operating revenue was down 17% compared to pre-pandemic levels two years ago.

The surge of the COVID-19 delta variant hurt summer travel in August and September, halting favorable trends that had led to a strong July. Southwest does see conditions improving in the fourth quarter, as momentum in leisure and business travel is building once again.

The fly in the ointment, though, is the rising cost of fuel. With crude oil prices climbing sharply, jet fuel prices have followed suit. Southwest has some modest hedges, but fuel will still likely weigh on earnings in the near future.

Much the same for other airlines

Results for other airlines reporting Thursday had a lot of similarities. American saw revenue climb 20% from three months ago, but its profit of $0.25 per share came largely from federal subsidies. Without adjustments, the airline would have posted a $0.99 per share loss. American is working hard to pay down extensive debt, but it highlights its available liquidity as a key to its long-term strategy.

Alaska returned to profitability even excluding special items, posting income of $187 million, or $1.47 per share. Passenger revenue more than tripled year over year in the third quarter, boosting total operating revenue by nearly 180%. Prepayments of debt and contributions to pension plans show that Alaska is on a stronger footing financially than it was just a year ago.

In general, the latest airline reports repeated much of what we've seen in recent days from other airlines. United Airlines Holdings (UAL 1.56%) reported on Wednesday that has high hopes for a recovery, but it's still losing money and expects higher fuel prices to add to losses for the remainder of 2021. For the most part, airlines appear to be looking ahead to 2022 in hopes that a reduced impact from the pandemic could finally start to get travel levels back toward where they were in 2018 and 2019.

Airlines play a vital role in the economy, and federal support to help keep them afloat appears to have been instrumental in getting them through the toughest times. Now, it'll be up to Southwest, American, Alaska, and their peers to demonstrate they can fly on their own. If they can, then they could help spur positive investor sentiment that could send the whole market to new highs.

Will Airline Stocks Suffer From the Latest FAA Fiasco?

Stock Markets Are Falling, but These 3 Once-Crushed Stocks Are at 52-Week Highs
395%