Please ensure Javascript is enabled for purposes of website accessibility
Log In Help Join The Motley Fool
Free Article Join Over 1 Million Premium Members And Get More In-Depth Stock Guidance and Research
By George Budwell – Oct 7, 2020 at 10:00AM

Investors ran out of patience with this COVID-19 stock last month.

Shares of the small-cap biotech Dynavax Technologies (DVAX -2.30%) lost 22.4% of their value during the month of September, according to data provided by S&P Global Market Intelligence. The odd part is that the biotech's stock nosedived last month in the absence of a company-specific event. Dynavax's stock appears to have fallen victim to nothing more than speculators moving on to greener pastures.

The biotech's shares doubled at one point earlier this year, thanks to the hype surrounding its proprietary toll-like receptor 9 agonist adjuvant CpG 1018. CpG 1018 is the same adjuvant used in the biotech's FDA-approved hepatitis B vaccine, Heplisav-B. Dynavax is currently collaborating with multiple partners to evaluate this commercial-stage adjuvant as part of a COVID-19 vaccine. 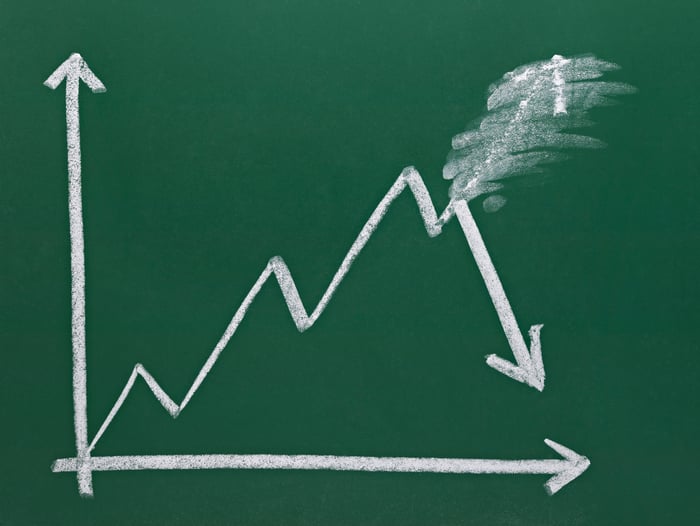 Speculators were clearly hoping that Dynavax would land a healthy portion of a large grant for at least one of these experimental COVID-19 vaccines. Because of the ongoing gridlock in Washington, D.C., however, the second and third tier of COVID-19 vaccine developers -- a group that includes Dynavax -- may never receive a sizable grant. This unfortunate reality appears to be the main driving factor behind Dynavax's sinking stock price over the past few weeks.

This double-digit decline, though, might represent a compelling entry point for bargain hunters. The big picture is that Dynavax's shares may be grossly undervalued relative to Heplisav-B's long-term commercial potential. Wall Street, in fact, thinks this beaten down biotech stock could rebound to the tune of 251% over the next 12 months due to the vaccine's improving sales.