When attempting to gauge whether or not the management of a company has the same priorities as its investors, one metric you ought to consider is the percentage of shares owned by insiders. Insiders sell their stock for many reasons, but when executives are exiting their stakes as fast as they can, it should raise some eyebrows.

Moderna (MRNA 3.18%) has experienced a renaissance since the COVID-19 pandemic intensified in March. The stock, trading under $20 per share in February, has several times approached or exceeded $80 in the months since. However, company executives aren't waiting to see what happens with their coronavirus vaccine candidate: Instead, they are taking advantage and cashing in. 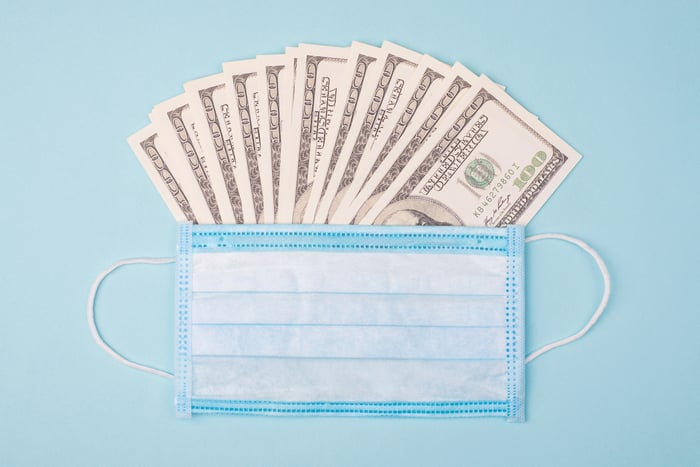 There have been no insider stock buys and 81 sales in September and October at share prices between $60 and $80. In fact, since May, insiders have sold 2.12 million shares without making a single purchase. Notably, Moderna also first announced positive data from its early coronavirus vaccine trials in May. It can be logical for an executive to sell shares when a significant portion of their net worth is tied up in company stock. Such transactions can be executed under what is known as a 10b5-1 plan -- a pre-scheduled plan to sell shares that helps shield the seller from accusations of insider trading. Despite having these plans set up, NPR found multiple executives had modified or initiated their 10b5-1 plans shortly before key information was released publicly. Further, some Moderna executives, including the chief medical officer, have sold every share they own.

Moderna executives have faced some tough questions about their stock sales, but the selling hasn't slowed. Its chief corporate affairs officer has even defended the sales and the modified sale plans, asserting that the company has strict policies in place to prevent insider trading.

Most of us are hoping an effective COVID-19 vaccine will be approved and reach the public soon. Investors interested in buying shares in the companies working to produce one may want to take a cue from Moderna's executives and choose a different company's stock.