Though the president has made the tech giant a scapegoat, Amazon has benefited from his tax cuts.

Amazon (AMZN 4.46%) has a long history of using the tax laws to its advantage.

The e-commerce giant didn't collect sales tax for years, giving it an edge over brick-and-mortar retailers. Later, when the company became larger and started collecting sales tax, it reversed its position to try to stop smaller e-commerce companies from having that same advantage. For years, it has used the promise of a new fulfillment center to obtain tax breaks from state and local communities, and in 2018, it held a contest to host its second headquarters, pitting cities against one another in a shameless display of solicitation for tax breaks and giveaways.

The company, which is now worth close to $2 trillion and one of the most valuable in the world, paid no federal income taxes in 2017 or 2018. It took advantage of benefits for things like stock-based compensation and accelerated depreciation, many of which were enhanced by the Tax Cuts and Jobs Act that was passed at the end of 2017 under the Trump administration.

Over the years, Amazon has been attacked over its tax avoidance by politicians including Donald Trump, Joe Biden, and Bernie Sanders, and tax transparency group Fair Tax Mark singled out Amazon as the worst offender of the big tech companies in tax avoidance.

The Tax Cuts and Jobs Act has clearly been beneficial to Amazon, but how much has it saved? 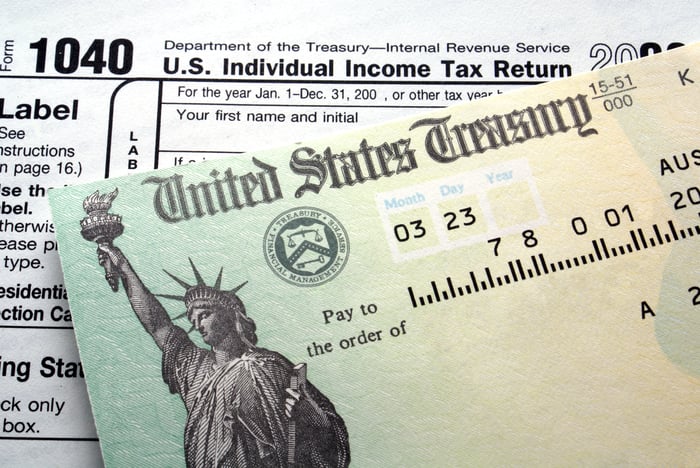 The main benefit of the Trump tax cut was cutting the statutory corporate tax rate from 35% to 21%, but there were other benefits for the company, including allowances for accelerated depreciation and making it easier repatriate foreign earnings without paying the normal tax rate. Prior to the TCJA, repatriated foreign earnings were taxed at the statutory rate minus a credit for foreign taxes.

For 2017, the company recorded a provisional tax benefit of $789 million for the Tax Cuts and Jobs Act, which resulted from the remeasurement of federal deferred tax liabilities. In 2018, it recorded another benefit of $157 million from the U.S. Tax Act, giving it nearly $1 billion of direct benefits from the Tax Act.

It's impossible to see exactly how much Amazon has paid in taxes without seeing its tax returns. Its provisions for income taxes, which are based on accrual accounting, were $769 million in 2017, $1.2 billion in 2018, and $2.37 billion in 2019, rising as its profits increased each year. Yet as noted above, actual cash payments should net money back in 2017 and 2018, offset only partially by payments in 2019.

The bulk of the savings from the Trump tax cuts comes from the reduction in the statutory tax rate from 35% to 21%. Based on the change in tax rate, the company saved $1.56 billion in 2018 from U.S. earnings, and $1.86 billion in 2019. International earnings were much lower than domestic earnings in the last two years, so the Trump tax cuts likely had a minimal effect on international earnings, and Amazon says it reinvests most of the profits abroad.

With the savings from the last two years from the lower tax rate and the direct benefit from the passage of TCJA, Amazon has saved an estimated $4.37 billion since the law was passed less than three years ago. Other benefits from the law, including accelerated depreciation, likely added to that sum.

Will Amazon pay more if Joe Biden is elected?

According to his website, Democratic presidential candidate Joe Biden plans to make a number of changes to the tax code if elected. Most importantly, he would raise the corporate tax rate from 21% to 28%. He would also institute a higher minimum tax rate on foreign earnings of U.S. companies, and impose a 15% minimum tax rate on book income so companies like Amazon can't abuse tax credits and deductions to pay nothing.

As Amazon's profits have surged in recent years, Joe Biden's tax plan could take a significant chunk out of its net income. For the first half of 2020, Amazon has generated $9.6 billion in pre-tax profit, up nearly a third from the year before. The fourth quarter is generally the company's most profitable, so it could generate more than $20 billion in pre-tax profit this year. On a base of $20 billion, the corporate tax hike would cost the company $1.4 billion per year, and the minimum tax rate is also likely to end the days of Amazon collecting net tax benefits in certain years. A Biden administration could take a less accommodating stance on tax benefits for share-based compensation or accelerated depreciation.

While a Biden election isn't in the books yet, taxes are just one regulatory concern for Amazon. The company is facing charges of monopolistic abuse from Congress, along with the other tech giants, and those calls are likely to grow louder if Democrats take over the White House and Senate.

In today's environment, with Amazon's sales and profits surging during the pandemic, the company's biggest threat may no longer be competition, but regulation coming out of Washington. Its long history of tax avoidance and years of paying no federal income tax have done its reputation no favors.