The retailer says it's only right to share with employees its success during the pandemic.

Target ( TGT 0.84% ) is rewarding its employees for their work during the coronavirus pandemic, announcing it will be doling out some $70 million to over 350,000 of its hourly store and distribution employees.

It marks the fourth time this year the retailer is acknowledging its workers' contribution to its success. 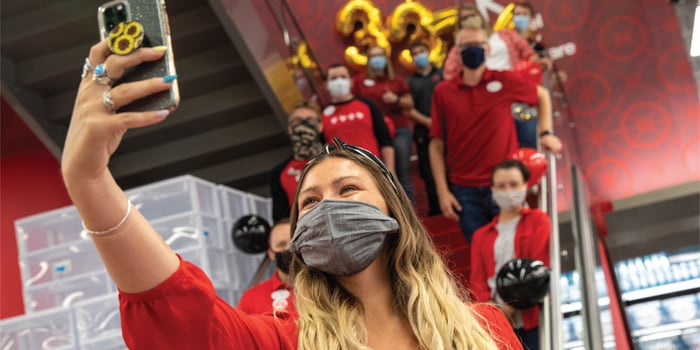 Target was one of a relative handful of mass merchandisers that was deemed an essential business and allowed to remain open, while its specialty-retail competitors were forced to close.

Although that gave Target a competitive edge, it also served to funnel a much larger number of customers to its stores, putting greater strain and stress on its operations and employees. To help compensate for the additional workload imposed on them, and the greater care they needed to take, Target has shared some of its largesse with its team.

In addition to giving them bonuses -- the current payout will equal $200 for each worker -- the retailer also increased their wages several times over the years in $1 per-hour increments and has moved to permanently increase the starting wage to $15 per hour.

"Target's success this year is a direct result of our team members turning our purpose into action and meeting our guests' changing needs day after day," Target's Chief Human Resources Officer Melissa Kremer said in a statement.