Please ensure Javascript is enabled for purposes of website accessibility
Free Article Join Over 1 Million Premium Members And Get More In-Depth Stock Guidance and Research
By George Budwell - Oct 19, 2020 at 10:45AM

A federal investigation is weighing on the biotech's shares today.

Vaxart ( VXRT 4.64% ), a clinical-stage vaccine developer, is poised for a tough day today. Ahead of the opening bell, the biotech's shares dropped by as much as 9.9%.

The culprit? Vaxart's stock is sinking this morning in response to an 8-K filed with the Securities and Exchange Commission (SEC) last Wednesday. In the filing, Vaxart revealed that it is currently under investigation by the federal government and the SEC for its prior claims about being selected by Operation Warp Speed (OWS). What's more, the company also released details regarding the ongoing class action lawsuits filed by some of its shareholders over the same matter. 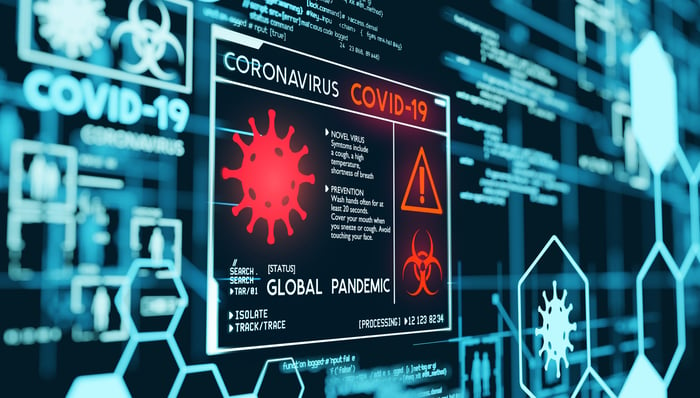 Vaxart's shares have rebounded to some degree since the opening bell, but they are still down by 5.2% as of 9:46 a.m. EDT Monday.

Last June, Vaxart announced that its oral COVID-19 vaccine was selected to participate in OWS, the federal government's program to accelerate the development of vaccines and therapeutics to fight the virus. As a result, the biotech's shares shot up by a whopping 500% over just a three-week period in the summer.

Investors apparently took the press release in question to mean that Vaxart was in line to receive a large grant for its COVID-19 vaccine program. The truth, however, was that the company's vaccine was simply selected to participate in a nonhuman primate challenge study. Vaxart, in short, did not land a sizable award from OWS at the time of that particular press release.

Is this dip a buying opportunity? Vaxart's press release over the OWS matter didn't explicitly state that the company had received a large award -- only that the primate challenge study would be sponsored by OWS. So it's hard to imagine that investigators will be able to definitively prove that the company purposely deceived shareholders in order to inflate its share price. That's the silver lining.

Having said that, investors also need to understand that Vaxart's COVID-19 oral vaccine program is far from a sure thing. This developmental biotech stock, therefore, probably belongs only in the portfolios of the most aggressive of investors.

3 Vaccine Latecomers That Could Double Your Money

Can This COVID Vaccine Stock Help Make You Rich?

Vaxart May Be a COVID Vaccine Game Changer -- but Is It Too Late?

Why Vaxart Stock Tumbled in September