These drugmakers are proof that reinvesting in pipeline projects pays off in the long run.

To get the maximum return from approved drugs, many pharma companies don't stop developing their pipeline projects once they hit the market. Instead, they test their approved drugs for efficacy in treating other diseases and seek new indications to increase the size of their eligible patient populations. Similarly, some manufacturers experiment with bundling older approved drugs into new combinations to improve their efficacy, in an attempt to revitalize segments with ebbing revenue.

In particular, Bristol-Myers Squibb (BMY -0.74%) and Merck (MRK -1.39%) are especially skilled at using their older products to generate fresh revenue, which is a major competitive advantage. By squeezing every dollar out of their approved medicines, these two companies safeguard themselves against unforeseen delays with their early stage development of new unproven medicines. Let's take a look at how pipeline reinvestment works, and why it matters to investors. 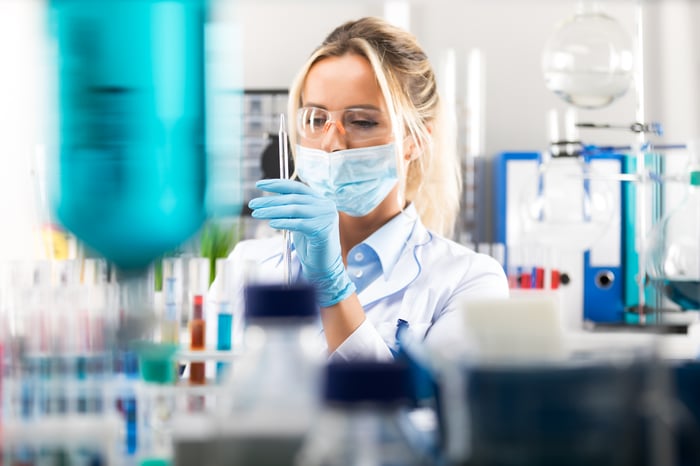 Bristol-Myers Squibb manufactures a massive array of therapies, and its oncology portfolio is no exception. First and foremost among the company's oncology medicines is Yervoy, which was first approved to treat melanoma in early 2011. But that was only the start. By early 2020, Yervoy would also be approved to treat renal cell carcinoma, colorectal cancer, liver cell carcinoma, and non-small cell lung cancer (NSCLC), expanding beyond its initial market many times over. To accomplish this feat, Bristol-Myers spent several years developing Yervoy as a combination treatment with one of its other oncology drugs, Opdivo, which was approved in 2014. Like Yervoy, Opdivo is also a broad oncology therapy, with approved indications ranging from lymphoma to head and neck cancers.

And Bristol-Myers isn't done with Opdivo and Yervoy yet. In fact, it's currently investigating the pair as a combination treatment for solid tumors and for mesothelioma. Similarly, Opdivo is currently being studied in more than six clinical trials as a monotherapy for various other cancers. Opdivo was the company's third-best-selling drug in 2019, netting more than $7.2 billion in sales, whereas Yervoy earned $1.49 billion in the same period. As Bristol-Myers continues to seek expanded indications for the two drugs in the years to come, it may be able to prevent them from losing revenue to competing products like Merck's Keytruda and biosimilars. This means that investors probably shouldn't be too worried that Opdivo sales contracted by 6% in the first half of 2020 compared to 2019.

2. Keytruda is Merck's gift that keeps on giving

Like Bristol-Myers Squibb, Merck's oncology drug Keytruda was originally intended to treat melanoma as well as lung cancer. First approved in 2014, Merck would rapidly initiate new development projects to expand its niche, eventually gaining approval for treatment-resistant solid tumors, cervical cancer, lymphoma, and esophageal cancer. So far, Keytruda has been a game-changing oncology drug, providing countless patients significantly better outcomes than they might have had with an older standard of treatment.

To build on this tremendous success, Merck is moving forward with late-stage clinical trials that evaluate Keytruda as a treatment for ovarian cancer, prostate cancer, and more. In the second quarter of this year, Merck reported that its Keytruda revenue of $3.4 billion had increased 31% year over year -- an impressive boost for a drug that isn't exactly fresh out of the gate.

Keytruda isn't the only winning drug in Merck's arsenal against cancer. The company's drug Lenvima, which is used to treat thyroid cancer, was approved in 2015, and shortly thereafter gained approval for renal cell carcinoma. Currently, Lenvima is in clinical trials for its applicability toward melanoma, NSCLC, endometrial cancer, and bladder cancer. Like Keytruda, Lenvima's sales growth is strong; its recent second-quarter sales ballooned by 57% year over year.

Both Merck and Bristol-Myers Squibb have turned pairs of their oncology therapies into the bedrock of their oncology portfolios. While their competitors may have started wholly new pipeline projects after a successful drug approval, these two companies show that reinvestment in approved drugs is immensely profitable. For the time being, it looks like both companies have ambitions to penetrate even more new markets -- a bullish signal of confidence for their investors.