It's not hard to imagine all of these stocks doubling again in the not-too-distant future.

Sustained momentum. That's what growth investors look for. The problem, though, is that past momentum doesn't always translate to continued momentum in the future. 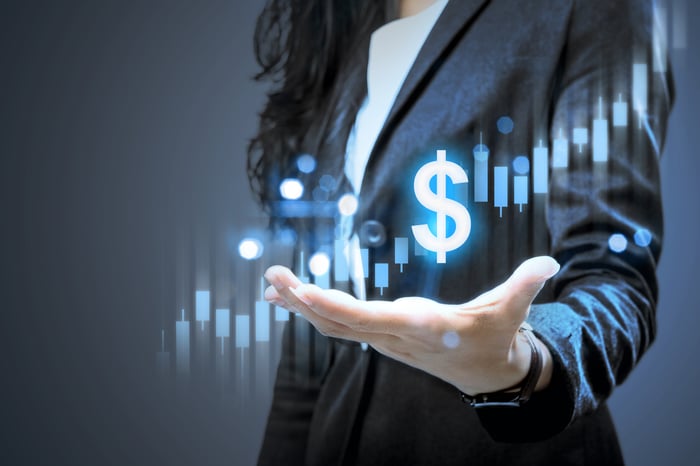 Novavax (NVAX -6.50%) hasn't just doubled in 2020. The biotech stock has skyrocketed more than 2,100%. That means Novavax has doubled five times year to date and then added even more gains on top of that.

The biggest catalyst for Novavax has been its coronavirus vaccine candidate NVX-CoV2373. Novavax reported stellar results from an early stage clinical study evaluating the experimental vaccine. It also lined up $1.6 billion in funding from the U.S. government's Operation Warp Speed and supply deals with multiple countries. The biotech has advanced NVX-CoV2373 to a late-stage study in the U.K. and hopes to begin a U.S. pivotal study in the near future.

To be sure, Novavax remains a risky stock. There's a chance that NVX-CoV2373 won't perform well in late-stage studies or that NanoFlu won't win regulatory approval. However, my view is that the odds are in the biotech's favor on both fronts. If so, Novavax should keep its sizzling momentum going.

Telehealth appears to have hit its stride, thanks in large part to the COVID-19 pandemic. Teladoc's visits have gone through the roof during the coronavirus crisis.

But is it too late to buy Teladoc? I don't think so. For one thing, recent surveys have found that Americans plan to keep using telehealth services even after the pandemic ends. Teladoc is only scraping the surface right now for an addressable U.S. telehealth market that stands close to $74 billion. It's also a leader in key international markets.

In addition, Teladoc should close its pending acquisition of Livongo Health (LVGO) within the next few months. Livongo's digital health platform that helps individuals managed chronic conditions should open up new doors for Teladoc. With Livongo's operations under its wing, Teladoc should be well-positioned to reign as the top player in the virtual care market over the long run.

The Trade Desk (TTD -6.86%) delivered the smallest year-to-date gains among these three stocks, but I doubt anyone would complain about an increase of more than 130%. Investors have to be especially happy that this big move follows a 124% vault in 2019.

Granted, the coronavirus outbreaks caused some challenges for the company earlier this year as advertisers curbed their spending during the uncertain times. However, The Trade Desk should actually be helped by this over the long run. Founder and CEO Jeff Green thinks that "the COVID pandemic has permanently accelerated the growth of connective television, changing the TV landscape forever."

Green firmly believes that The Trade Desk is in the best position to capture market share in connected television. If he's right (and I think that he is), this stock could easily double again within the next year or two.