And why you probably shouldn't.

My first attempt to take advantage of Robinhood's "extended trading session" hours to get a leg up on Wall Street ended in disaster, but I was determined to try again. This time, I actually managed to beat the market at its own game!

You'd think after finally scoring a win on Robinhood, I'd be chomping at the bit to try again, but I'm not. In fact, exactly the opposite. Here's why I won't make another attempt. 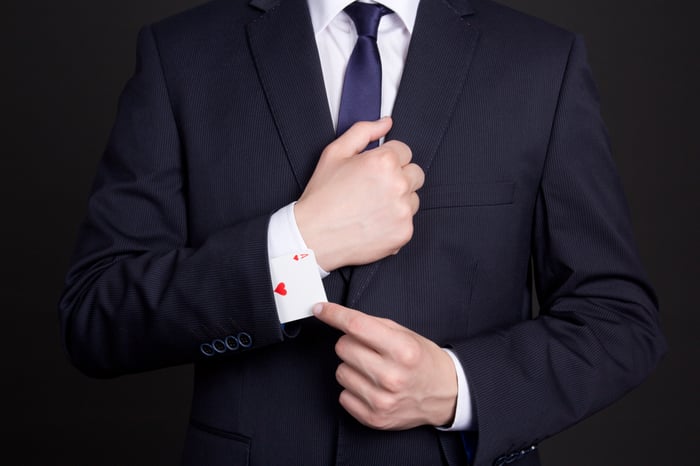 Robinhood offers "extended trading" hours until 6:00 PM Eastern Time on market days. This offers Robinhood investors the chance to trade using information that wasn't available during normal market hours (which usually run from 9:30 AM to 4:00 PM ET). Most retail investors would have to wait until the market opens the next trading day.

Pre-market and after-market trading have been around for a long time, but used to only be available to big investors and institutions. Today, electronic networks can automatically match buyers and sellers outside of exchange hours, allowing small-dollar trades on platforms like Robinhood.

For the perfect after-hours trade, I looked for a company that was scheduled to report earnings after market close. When the earnings release landed, I'd give it a quick read, and if it looked positive, I could grab shares fast, bank on the price jumping when the market finally opened, and sell for a quick profit.

I decided to pick up shares of precious metals streaming company Wheaton Precious Metals (WPM -1.72%), which was set to report Q2 earnings after market close on August 12. The company's price had skyrocketed in 2020 -- precious metals are often in demand during recessions -- but it had declined 12.2% over the previous two weeks, which meant -- I thought -- that it could be ripe for a recovery if its earnings report was good.

At a few minutes before 4:00 PM, I had the Wheaton Precious Metals webpage on my browser, and the Robinhood app fired up on my phone. The instant the clock switched over to 4:00 PM, I refreshed the page.

By 4:05, I realized that I really had no idea how long "after market close" Wheaton's earnings release would occur. I really wanted to beat the market... but I had other things to do besides sitting around for an hour doing nothing but refreshing my browser. There were cat videos to watch, by golly!

I decided I'd check in every five minutes instead. By 4:30 PM, I decided every ten minutes would be better. Finally, at 5:10 PM, there it was: the earnings report! It was time to make my move.

It's the little things in life

The earnings report seemed positive at first glance -- my plan didn't really allow me much time to read it -- so I jumped over to Robinhood and at 5:12 PM, I was executing my trade. At least, I thought I was.

Turns out, Robinhood doesn't let you trade fractional shares during extended trading hours (which doesn't seem to be revealed anywhere on the app unless you try it and fail). So I had to cancel my first trade and instead buy a whole share, which was executed at $49.75/share at about 5:14 PM.

The next morning, I was ready on Robinhood and sure enough, Wheaton's shares jumped to... $50.58/share! I pressed an imaginary sell button (imaginary because, for compliance purposes, I was required to hang onto the share), and locked in a profit of $0.83!

High-frequency traders can make this strategy work for them because they have massive amounts of capital to deploy, plus sophisticated tools and algorithms that can quickly gather data and make near-instantaneous trades based on that information. The rest of us are stuck refreshing our browser.

Wheaton closed on August 12 at $49.35/share. Its price didn't start moving up in the after-market until its earnings release a few minutes past 5:00 PM. If I could have bought instantly at $49.35 and sold at $50.58, I would have scored a 2.5% return: still not a lot, but a decent overnight return if you're trading thousands or millions of dollars' worth of shares, and your computer is doing all the work on its own.

Ultimately, though, even a 2.5% return isn't worth hovering over my screen for more than an hour. And remember, I lucked out. If Wheaton had posted a poor earnings report, and its stock fell, all that time I spent would have been wasted.

Instead of trying to beat the high-frequency traders -- and Robinhood itself -- at a game in which they're holding all the cards, a better strategy is to find high-quality businesses that are likely to outperform, and buy and hold shares over the next 3-5 years. You'll not only benefit from compounding returns, but you can do something productive -- like watch cat videos -- while your money does the work for you.