Gilead Sciences (NASDAQ:GILD) is a veritable monster in the pharmaceutical industry. Thanks to its industry-leading entry into the coronavirus market this year with its antiviral treatment, remdesivir, Gilead has been a favorite stock for speculative and more critical healthcare investors alike. And, with its compelling collection of potentially curative drugs for diseases like HIV in development, it's hard to see how Gilead could suffer from a serious stumble.

On the other hand, there are several headwinds that may prevent Gilead's stock from growing as rapidly as its investors might like. The company has already shrunk in value this year, and its prospects for next year may be even dimmer. While Gilead will probably recover from the ongoing turbulence, skittish investors should consider these three reasons to sell their shares in Gilead right now. 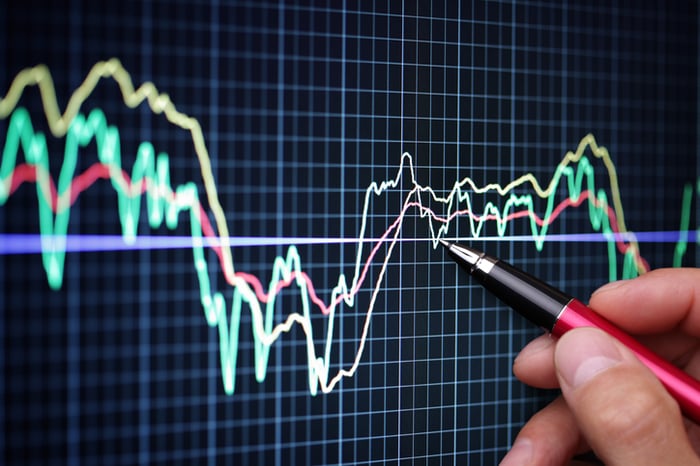 In the early phase of the pandemic, Gilead's drug remdesivir drew great attention for its potential efficacy in treating patients with serious cases of the coronavirus. Gilead sought and was quickly granted an Emergency Use Authorization (EUA) by the U.S. Food and Drug Administration (FDA), and began to sell the drug. This caused its stock price to swell to its peak in late April, as remdesivir was the only authorized treatment for severe cases of COVID-19 at the time. But subsequent analyses of remdesivir's effectiveness were far from uniformly favorable.

A World Health Organization (WHO) study, which examined a slew of antiviral treatments across more than 11,200 people in 30 countries, did not find that remdesivir substantially reduced deaths or helped patients leave the hospital more quickly. On the other hand, a study by the National Institutes of Health (NIH) found that the drug significantly reduced recovery time. The WHO study has since been criticized by principal investigators involved in the NIH trial, who claimed that a large sample size didn't make up for a "poor-quality study design." The NIH study suggests that the drug can help hospitalized people recover faster, though proof of its beneficial effect on patient mortality took much longer to find and was relevant in far fewer cases than investors had hoped.

Critically for shareholders, remdesivir sales have surged per the latest earnings report in late October, leading Gilead to make $873 million from its sales revenue in the third quarter, and causing its total revenue to grow by 17% compared to last year. Unfortunately, Gilead's other revenue only grew by 2% year over year despite total product sales increasing by 18%. This means that between remdesivir's less-than-convincing efficacy and lackluster growth elsewhere, Gilead's bottom line isn't benefiting much, which should worry investors.

2. A recent acquisition may take time to pay off

Gilead is also attempting to grow its revenue by acquiring the oncology drug company Immunomedics. The $21 billion cash deal closed in late October. The company considers the acquisition a catalyst for growth, given that Immunomedics had a handful of valuable pipeline assets and an oncology drug, Trodelvy, that's already been approved for sale.

There's nothing wrong with making a fruitful acquisition, but Gilead will need to make significant investments in Trodelvy and Immunomedics' other programs before it can call the purchase a success. Trodelvy is intended to treat breast cancer, and it has only been on the market for the better part of a year. Its net sales totaled only $73 million in its first five months, which is barely a drop in the bucket compared to remdesivir. This could prove problematic for Gilead's investors.

The biopharmaceutical company will need to spend years and millions of dollars before the alleged benefits of the acquisition will translate into significant cash flows, if they ever do. And, given that Trodelvy is Immunomedics' most advanced candidate, other projects in the pipeline might require even more investment.In other words: Expect higher research and development (R&D) expenditures in the short term, but don't expect any other new returns.

3. Gilead estimates that it will make less in 2020 than initially expected

Perhaps the largest reason that shareholders might consider selling their shares in Gilead is that the company's costs are ballooning so much that it had to revise its 2020 earnings guidance downward to the tune of $1.5 billion. Rather than expecting to earn up to $25 billion as it indicated in its second-quarter earnings report, Gilead's third-quarter report claimed that the company might make as much as $23.5 billion at the most.

The biggest culprit that contributed to this downward revision was a sea of rising costs. Gilead's cost of goods sold (COGS) increased year over year by a significant 14% in the third quarter, and R&D expenses increased by 12%. Selling, general, and administrative expenses (SG&A) are predicted to rise by at least 10% over the next year. Should these expenses remain high, the company's earnings will shrink sharply -- and that alone might be a good enough reason to sell the stock now.

Between Gilead's struggles with remdesivir, its falling earnings, and the need to invest significantly more into the Immunomedics projects, the next couple of years will be difficult for the company. With the approval of a vaccine for the coronavirus imminent, it's also possible that remdesivir revenues will collapse by the end of next year. So, right now is not the best time to invest, but it might be a ripe time to sell the stock to avoid the coming losses. It's highly likely that Gilead will be able to navigate these three issues and eventually return to growth in the long-term, but in the meantime, investors should watch the company carefully to see how effectively management charts a course that preserves shareholder value.