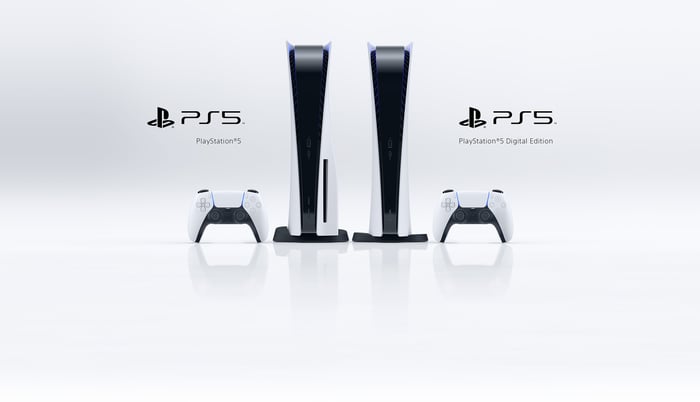 What does it mean for Sony?

The PlayStation brand remains very strong, and interest in Sony's next-gen console appears to be higher than interest for Microsoft's new Xbox family. It's too early to tell how this round of the console wars will shake out, but it looks like PlayStation 5 is off to a strong start. That's very important for Sony.

The gaming division has become the strongest and most dependable part of Sony's business, and strong performance for the unit's hardware, software, and online services has helped the company post great results in recent years. The gaming segment was a huge winner with PlayStation 4 and is currently generating more sales and operating income than any other unit at the company.

Sony's PS4 console launched in fall 2013 and had sold roughly 112 million consoles as of this past August. With the continued growth for mobile platforms and advancements for streaming-based game delivery, matching that bar could be difficult. Sony doesn't necessarily need PS5 to outsell its predecessor, but the company's stock performance over the next five years will heavily depend on how the new console performs.