It's not exactly back to business as usual. Under the new agreement, Universal will now run movies exclusively in theaters for at least three weekends (17 days). Films that collect at least $50 million in box office receipts for the premiere week will stay in theaters for at least five weeks (31 days) before becoming available to video-streaming services such as Comcast's Peacock.

The agreement is quite similar to the deal Universal struck with leading movie theater operator AMC Entertainment (NYSE:AMC) in July, which also shortened the exclusive cinematic window from 90 days to 17 days. The full details of each deal are not publicly available. 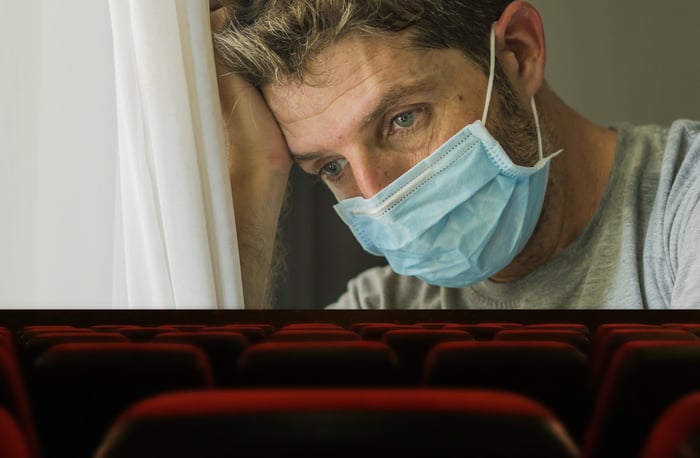 Other studios and theater chains will likely strike similar agreements before long now that Universal has set a reworked standard for others to follow. The movie industry will look very different after the COVID-19 crisis; it will likely be more attuned to the emerging video-streaming market and less sensitive to the needs of traditional movie theaters. Nevertheless, Cinemark CEO Mark Zoradi offered a positive analysis of the new Universal deal.

"We believe a more dynamic theatrical window, whereby movie theaters continue to provide an event-sized launching platform for films that maximize box office and bolsters the success of subsequent distribution channels, is in the shared best interests of studios, exhibitors and, most importantly, moviegoers," Zoradi said.