Many "out-of-home" stocks surged on Monday, Nov. 16, as leading vaccine company Moderna (OTC: MRNA) disclosed its coronavirus vaccine proved 94.5% effective in clinical trials, and that it lasts longer than expected in a refrigerated environment.

This is fantastic news, and it reignited the continued rotation from "stay-at-home" stocks to "reopening stocks" that began earlier this month following the release of positive data from Pfizer (NYSE:PFE).

One sector that combines both the long-term growth prospects of stay-at-home tech stocks with the cyclical qualities of many "out-of-home" stocks are semiconductors, which also got a boost Monday. But it wasn't only the vaccine data that moved semis, but also another hugely important tidbit of news that was buried underneath all the vaccine hype. And it's one that semiconductor companies of various stripes have been waiting for for a while. 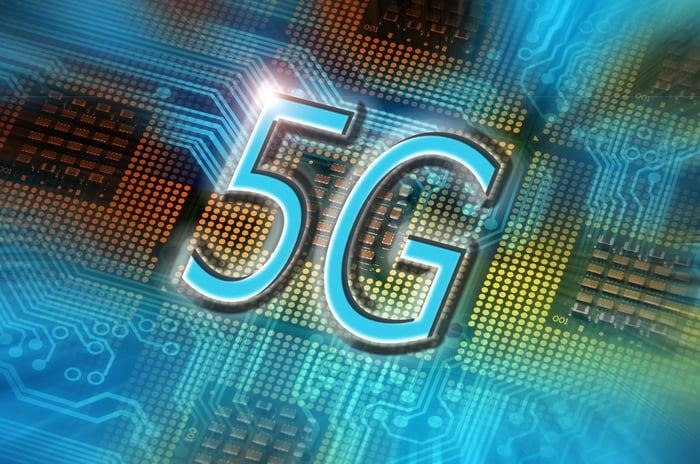 Qualcomm gets a license to supply Huawei

On Monday, mobile chip giant Qualcomm (NASDAQ:QCOM) received a license to sell some of its 4G chips to Chinese phone giant Huawei. Qualcomm surged about 3.3% on the news, but other big semiconductor stocks such as Micron Technology (NASDAQ:MU) and Taiwan Semiconductor Manufacturing (NYSE:TSM) surged even more, up about 6.8% and 6.5%, respectively. Other semi-related stocks were broadly up as well.

So why was this announcement, which named Qualcomm specifically, so important for others in the sector?

The story goes back to May 2019, when the Trump administration banned U.S. companies from doing business with Huawei. That list of U.S. businesses was quite long, encompassing the likes of Qualcomm, Micron, and even Alphabet (NASDAQ:GOOG) (NASDAQ:GOOGL). However, shortly after the initial ban, the administration then granted a temporary reprieve for companies working with Huawei, and that delay in implementation got several extensions into 2020.

However, in August of this year, the administration tightened the restrictions to ban sales to Huawei, not only from U.S. manufacturers, but also foreign manufacturers that use U.S. equipment -- a measure that drew in the likes of TSMC and Korean giant Samsung (OTC: SSNLF).

Until yesterday, the Trump administration hadn't granted any such licenses. That's why the granting of a license to Qualcomm is such a big deal -- it's the first indication that the administration might allow sales of either non-essential or non-leading-edge chips to Huawei, instead of just an all-encompassing ban.

Over 130 applications were filed, how many may be granted?

When attempting to sort out the winners and the losers of the ban and subsequent reprieve, the Qualcomm exemption shows that exemptions will likely be granted to products that a) aren't the most leading-edge/advanced products and b) will likely be products used in mobile phones, rather than 5G base stations, which the U.S. has sought to eliminate from allied country telecom networks. Qualcomm said it had received licenses for, "a number of products, which includes some 4G products."

That means the U.S. may finally be taking a more pragmatic approach to Huawei, allowing U.S. firms to sell non-differentiated products to the chip giant, while also cutting off Huawei from more advanced technology that would allow it to surpass U.S. or allied rivals in terms of capability.

That bodes very well for a company like Micron, which essentially sells commodity-like products in DRAM and NAND flash, and which counted Huawei as one of its largest customers. On the recent earnings conference call, Micron management said that Huawei accounted for about 10% of sales last quarter, and that the hasty ban that took effect in September would affect the current quarter's results.

While no word has yet come down as to Micron's application for a license, it would be odd if Qualcomm were allowed to sell chips to Huawei and not Micron, whose products are even less differentiated.

On the other hand, while TSMC spiked on the news, it's a bit unclear whether it will get a license. TSMC has differentiated capabilities to produce leading-edge semiconductors, and was the manufacturer of Huawei's Kirin processors that powered Huawei's flagship phones. TSMC still might be able to manufacture Kirin chips for mobile handsets, but it also might not. And TSMC will in all likelihood not be able to produce chips for any Huawei base stations going forward.

Despite the rise of giant compute-intensive trends like 5G, AI, the Internet of Things, and cloud and edge computing, a lot of high-quality semiconductor stocks have been held back over the past two years due to trade war concerns. While the prospect of a Biden administration has lifted many of the trade war-affected stocks recently, this unexpected reprieve from the outgoing Trump administration gave chip stocks another significant boost on Monday.