While the more extensive recall is for a largely cosmetic problem, the other is a serious safety issue that increases the risk of a crash. The product testing service dinged the Model S and Y over issues that have become increasingly well known to owners. 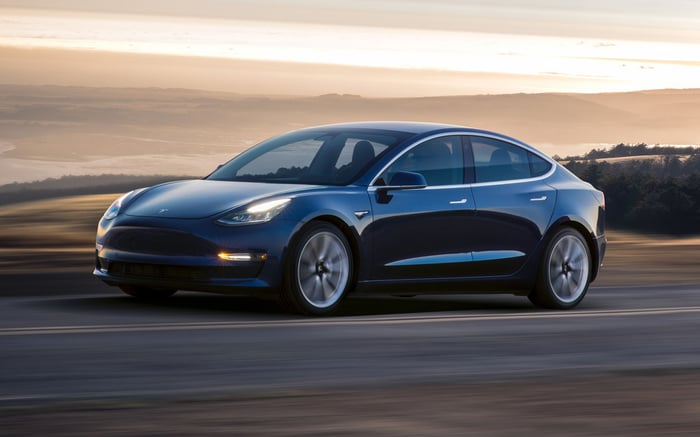 The Tesla Model 3 is the only Tesla that Consumer Reports still recommends. Image source: Tesla.

According to the National Highway Traffic Safety Administration (NHTSA), Tesla became aware of a quality control problem involving appliques on the roof of its Model X cars that could come loose and fall off over time because they were improperly prepped for attachment. While not a safety issue, the wayward appliques could cause a road hazard, so Tesla voluntarily initiated the recall to correct the problem.

For the Model Y, though, the NHTSA said there is a problem with the bolts connecting the front upper control arm and steering knuckle that hadn't been properly tightened. That could lead to the control arm becoming detached, which would inhibit a driver's ability to steer, increasing the risk of a crash.

Consumer Reports said the Model Y has "well below average reliability," while the Model S suffered from problems with its air suspension, main computer, and touchscreen controls. The latter was a striking reversal because the publication in 2015 ranked the Model S as its top-rated car ever, and it could hurt Tesla's ability to meet its sales goals.

While the publication's staff has always rated the cars highly, the reliability ratings are derived from the experiences of actual owners, which could lead potential buyers to seek out other electric vehicles to purchase.