Please ensure Javascript is enabled for purposes of website accessibility
Free Article Join Over 1 Million Premium Members And Get More In-Depth Stock Guidance and Research
By Keith Noonan - Dec 7, 2020 at 10:03AM

Shares of Chinese electric vehicle company Kandi Technologies ( KNDI 5.84% ) gained 55.9% in November, according to data from S&P Global Market Intelligence. A solid third-quarter report and other indications of momentum in the electric vehicle space propelled its rise. 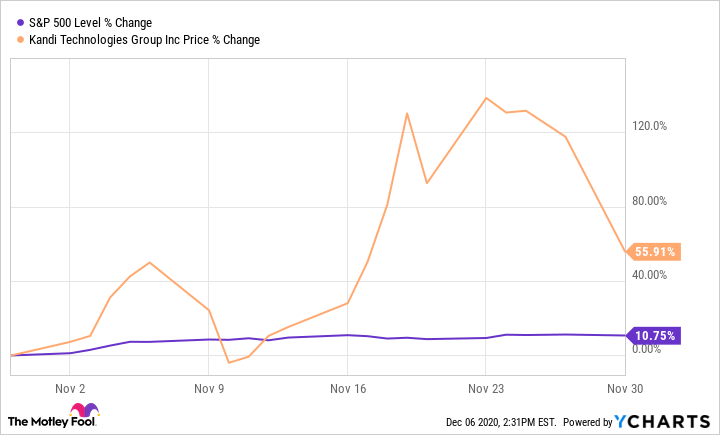 On Nov. 9, Kandi posted third-quarter results that topped the market's expectations for earnings; its share price also gained altitude as competitors delivered their own strong quarterly reports and received ratings boosts and target price upgrades from analysts. However, Kandi's stock slid later in November after a short-seller published a scathing report on the company's business and accounting practices. 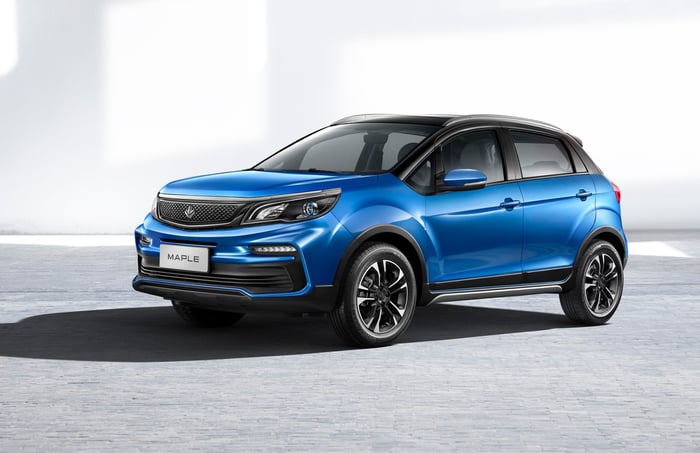 Kandi may have produced better-than-expected earnings, but its sales missed the market's target. The company posted a loss of $0.03 per share on sales of $18.72 million, while the average analyst had called for an $0.11 per share loss on revenue of $15.84 million.

Positive stock pricing momentum in the broader electric vehicle industry continued in the middle of the month, with XPeng getting a big pricing update from an analyst at Citi, and NIO beating expectations for third-quarter earnings. However, Kandi stock got hit hard after short-seller Hindenburg Research published a note late in November alleging that the auto company was inflating its reported sales. That note also resulted in substantial sell-offs for other foreign electric vehicle stocks.

Kandi Technologies stock has continued to decline in December's trading. It's down nearly 7% for the month so far. 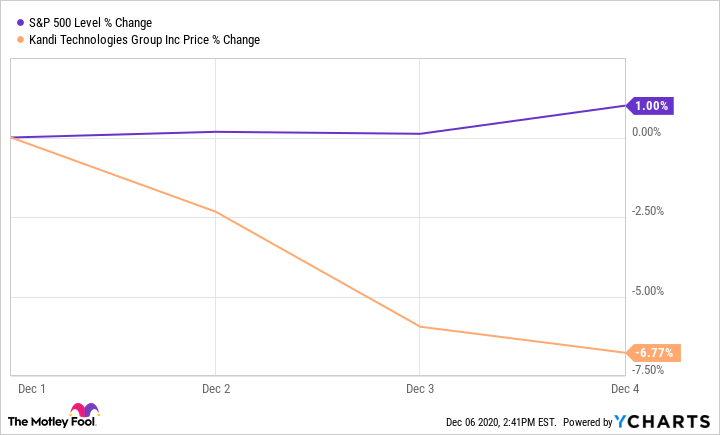 Investors are taking a more cautious approach to Kandi and other foreign electric vehicle stocks following Hindenburg Research's scathing analysis of the company's alleged sales and accounting practices. In response to Hindenburg's report, Kandi Technologies stated that the analysis contains numerous inaccuracies, and said it will provide a detailed refutation in the near future.

Kandi Technologies has a market capitalization of roughly $578 million, and its share price remains up roughly 69% year to date despite the recent sell-offs.