Square (NYSE:SQ) has been one of the best-performing stocks of 2020. The stock price is up 240% year to date, driven primarily by the rapid growth of its Cash App, which has been become much more useful and necessary during the pandemic. But is the huge run-up in the stock price sustainable?

The price-to-earnings (P/E) ratio -- a key indicator of a company's valuation -- has skyrocketed above 300, which is extremely high by most standards. That has led many to wonder if the stock is too risky. Let's take a look. 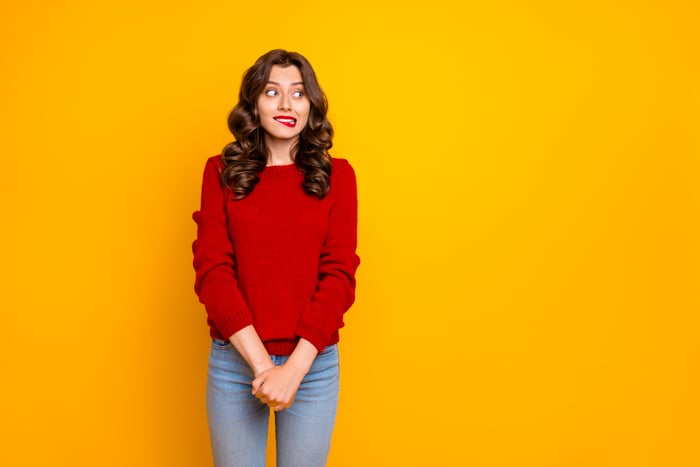 Cash App is a cash cow

Square is a digital payments fintech company that launched in 2009 with its portable card readers that allowed merchants to accept credit and debit card payments on their phones. Since then, it has expanded its offerings for sellers with products that help businesses manage their payrolls and obtain loans, among other things.

Then, in 2017, Square launched the Cash App, a mobile app that allows people to send and receive money. The Cash App has seen meteoric growth, accelerated this year by the pandemic. It more than made up for a slowdown within its seller ecosystem as businesses have been hurt by the pandemic and recession.

Square generated $37 million in net income, or $0.08 per share, after posting net losses the previous two quarters. As a relatively new company, it is just beginning to turn profitable, as it has invested heavily in new products, personnel, marketing, and infrastructure. It also has a sizable amount of debt, about $1.76 billion, up from $938 million at the beginning of the year.

Square may look overvalued with its relatively low earnings and high price multiples, but it is actually less risky than it appears. The company will continue to invest heavily in both its buyer and seller ecosystems to reach new customers in 2021, said Square CFO Amrita Ahuja on the third-quarter earnings call, so profitability next year will depend on top-line growth.

That said, revenue and gross profits should remain strong. Not only will the Cash App continue to grow, given its market-leading position and the continuing trend toward cashless and touch-free transactions, but the seller ecosystem should bounce back as consumer spending increases, as the economy is expected to grow coming out of the recession. Analysts expect earnings per share to increase 48% and revenue to jump 33% next year. Looking out over the next 12 months, the forward P/E ratio is 127, which is still high, but for such a high-growth company, it shouldn't scare investors off.

Expectations are high for this stock, and it is poised to deliver over the long term. While there is always short-term risk with any stock, particularly for a growth company like Square, Square has built a market-leading position, alongside PayPal's (NASDAQ:PYPL) Venmo, with its Cash App. It should also see continued growth from its seller ecosystem as the recession subsides and it expands into banking with its launch of an industrial loan company bank in 2021 to better serve its merchant customers.

So yes, there's short-term risk. But in the long term, the greater risk might be passing up on this stock, which still has the ability to move significantly higher.