Please ensure Javascript is enabled for purposes of website accessibility
Log In Help Join The Motley Fool
Free Article Join Over 1 Million Premium Members And Get More In-Depth Stock Guidance and Research
By Will Healy – Sep 15, 2020 at 8:00AM

Square (SQ 1.74%) has gained considerable attention in 2020. After dropping along with the rest of the market in March during the height of the coronavirus pandemic, shares of Square stock have (at various points since) more than quadrupled in price from their March lows.

Although the financial services, merchant services aggregator, and mobile payment company's stock has backed off somewhat from those highs, it still trades at nearly a 350% premium to its March low point.

This has led some to question whether the stock has become a risky investment for rising so much, so quickly. Let's take a closer look at the potential challenges the company faces.

Square and its valuation

I have long held a position in Square stock, but I also concede that it is not a cheap stock to buy. At a forward P/E ratio of approximately 125, the valuation comes with high expectations. 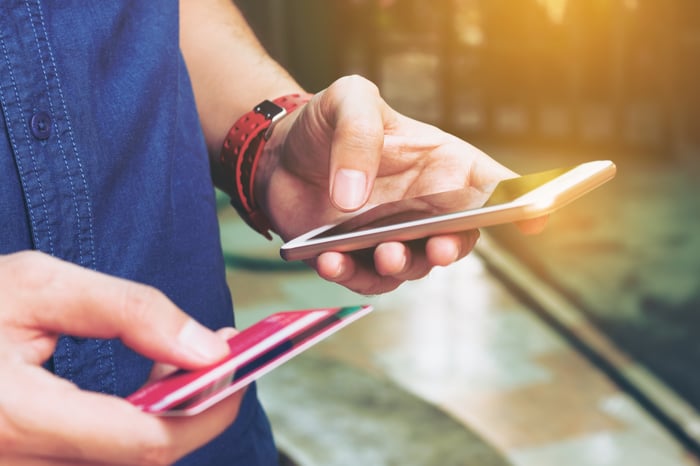 Due to the lingering effects of the COVID-19 pandemic, Square earnings will probably fall short of fulfilling these expectations in the short term. The company earned $0.80 per diluted share in fiscal 2019, but the recent economic downturn has naturally affected payment volumes. For this reason, analysts forecast earnings of $0.56 per share for fiscal 2020, a decline of 30%.

However, Square stock is probably not quite as risky as it looks. In fiscal 2021, analysts forecast profits will more than double to $1.21 per share. Moreover, the price-to-sales (P/S) ratio stands at about 11.6. Though this ratio exceeds the historical average sales multiple for the stock, it comes in slightly lower than its closest competitor in the industry, PayPal, which has a 12 P/S ratio. Moreover, it holds a lower sales valuation than fintech stocks such as Visa, with a P/S ratio of approximately 20. And investors should note that Brazilian fintech company StoneCo sells for over 28 times sales.

Square could change the finance industry

Investors should also look beyond valuation. Square and its peers attract investor interest because of their (so far) successful efforts to make transactions increasingly cashless. Nonetheless, investors have several choices if they want to invest in a stock that merely enables electronic transactions.

What makes Square stock a game-changer is the company's finance ecosystem. In the past, finance has been a fragmented industry. Businesses would turn to a Citigroup for banking and loan needs. They might use NCR to facilitate transactions or a company like ADP to manage payroll.

Thanks to Square, businesses can turn to one company for all of these functions (or will be able to soon). Additionally, Square can also handle the financial needs of individuals. With its Cash App, Square offers individuals a way to manage spending and the collection of money. It also allows people to buy and sell securities and cryptocurrency.

More importantly, when Square opens its bank, it will become the one financial institution with direct ties to the Square ecosystem and create a competitive advantage over traditional banks. This arrangement could make the company so successful that it may face soon be accused by competitors and regulators of "taking over finance." While I do not think Square will become quite that powerful, the prevalence of such a belief would speak volumes about Square's potential influence.

Should I buy Square now?

Prospective investors should not assume that they are too late to benefit from the future growth of this company and its stock. At a market cap of just under $65 billion, Square has definitely moved beyond its start-up status. However, most of the world's markets have yet to be plugged into the Square ecosystem. For now, Square only operates in five countries, all located in the developed world.

Square's recent purchase of Verse, a Spanish peer-to-peer payments company, will probably become its segue into the European Union, an area not yet served by Square. Additionally, in the coming years, investors should profit as the company works to match PayPal's footprint, which spans over 200 countries.

Hence, as the value proposition of Square becomes more apparent, it should dramatically reduce the risk of buying Square stock, even at its current valuation.