Please ensure Javascript is enabled for purposes of website accessibility
Log In Help Join The Motley Fool
Free Article Join Over 1 Million Premium Members And Get More In-Depth Stock Guidance and Research
By Adam Levy – Jun 17, 2020 at 10:33AM

The payments market is highly fragmented in Europe, so there's still an opportunity to build the critical mass necessary to let the network effect take over and grow organically. Square's Verse acquisition gives it a solid footing in Spain as well as several other markets, including Italy, Portugal, France, and the U.K.

In its acquisition announcement, Square said, "At this point, our main priority is enabling Verse to continue [its] successful growth in Europe." Square may be able to do so by copying the playbook that allowed it to become a powerhouse in the U.S. 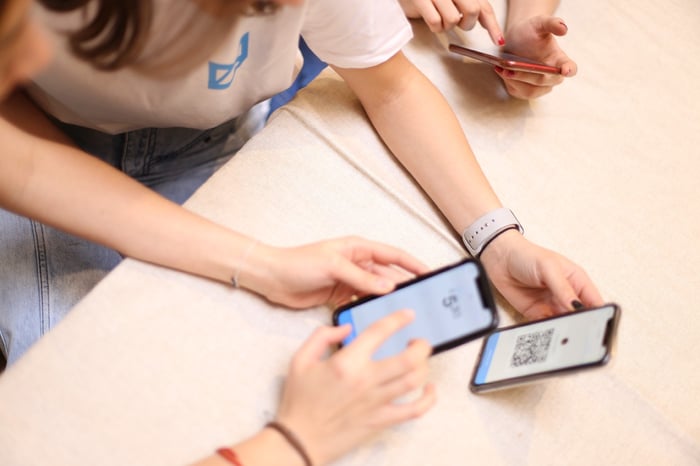 As mentioned, the payments market in Europe is highly fragmented. Verse likely doesn't even have the largest user base on the continent (it doesn't release its active user count). The French company Lydia had 3 million users at the start of the year.

The value Square is getting from Verse beyond its relatively small user network is its infrastructure. Verse released a physical payment card last year, which echoes one of Square's biggest strategies for growth in the U.S. -- the Cash Card.

In order to release that card, Verse needed a banking relationship, which was a major hurdle for Square in the United States. Square launched Cash App in the U.K. over two years ago, and it still hasn't released the Cash Card to users in the country. Acquiring a company that's already capable of producing one of Square's most valuable products for customer acquisition and engagement will put it years ahead compared to if it tried to enter the market on its own.

While the economics of payments cards in Europe aren't the same as the United States -- interchange fees are typically much lower across the pond -- Verse shares the same philosophy as Square around the payment card as a customer acquisition tool. With Square's ability to execute that playbook, it could grow Verse very quickly.

A potential boost for Cash App

The Verse acquisition could also lay the groundwork for Square to provide additional benefits to Cash App users in the U.S. and U.K. At its most basic, Verse's presence in the U.K. should enable Square to pick Verse's best features and integrate them into Cash App in the country. While Square says it plans to leave Verse as an independent company at this point, it should start merging the apps over time.

Beyond that, Square could look for ways to use Verse's infrastructure to make it easier for Cash App users to use the app or Cash Card in Europe. Being able to use a Cash App balance or Cash Card while on vacation is in line with Square's efforts to democratize banking services previously only available to the select few.

So, not only is Square well-positioned to quickly grow Verse's user base throughout Europe, it could see a benefit to its own efforts to grow active accounts where it already operates. With Cash App becoming an increasingly important piece of Square's operations, the Verse acquisition could prove extremely valuable for the fintech company and its investors.