Markets are climbing, and earnings reports from these companies have a lot to do with it.

The stock market returned to its bullish trajectory on Thursday, with participants once again shrugging off some troubling economic news to focus on prospects for companies in 2021. Rising COVID-19 case counts helped prompt 885,000 Americans to file first-time unemployment claims in the past week, up from previous levels and signaling further stress on the economy. Yet investors seem convinced that the federal government can fix that issue.

When the stock market is climbing sharply, it's helpful to look at how companies are doing with their fundamental businesses. Earnings reports from Rite Aid (RAD 7.95%) and Lennar (LEN 1.73%) gave investors a look at two very different but equally important sectors of the economy, and both gave their shareholders cause to be optimistic about 2021 and beyond. 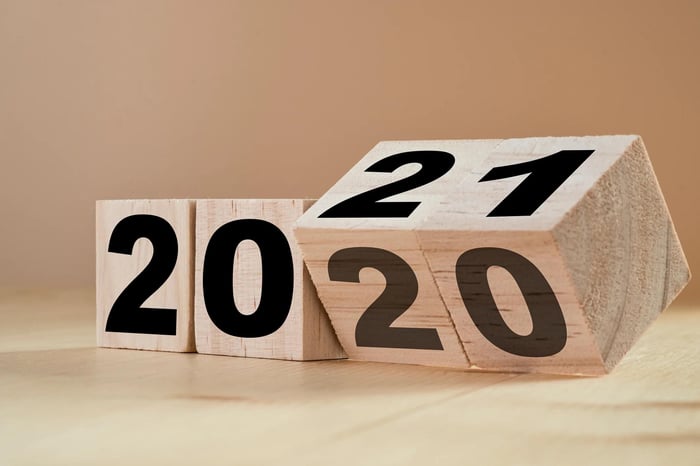 Rite Aid has the right stuff

The numbers gave investors confidence about the company's ongoing turnaround. Revenue climbed 12%, with the company attributing the gains largely to growth from both its retail pharmacy and its pharmacy services segments. Earnings fell significantly from year-ago levels, but that was due in large part to one-time impacts that helped Rite Aid in the year-earlier period.

Same-store sales were up 4.3%, with a big rise in pharmacy sales offsetting a modest decrease in sales in the front end of Rite Aid's store locations. Pharmacy services sales climbed almost 30%, with more than a quarter-million additional members for Medicare Part D prescription drug plans helping to boost Rite Aid's segment revenue there.

Investors liked what Rite Aid had to say about how the fiscal year will finish out, with same-store sales expected to rise 3.5% to 4.5%, and revenue finishing between $23.9 billion and $24.2 billion. After causing considerable concern for quite a while about how the drugstore retailer would move forward strategically, Rite Aid appears to have gotten its momentum back.

Meanwhile, in the homebuilding space, Lennar shares were up nearly 8%. The Miami-based homebuilder reported fiscal fourth-quarter results that gave investors plenty to be happy about.

At first glance, some of Lennar's numbers might have looked less than ideal. Revenue was down 2% for the quarter from year-ago levels, as deliveries fell 2% to 16,090 homes.

But nearly everything else Lennar had to say was positive. Earnings jumped 32% to $2.82 per share, better than most had anticipated. New orders climbed 16% to more than 15,200 homes, with the dollar value of those orders soaring 22% to $6.3 billion. Backlogs were up 21% year over year, and operating earnings from its financial services and multifamily operations soared. Perhaps most important, Lennar's debt-to-capital ratio was the lowest in its history, signaling financial strength for the homebuilder.

Best of all, Lennar saw the pace of growth accelerate throughout the quarter, showing that its longer-term turnaround is going well. That bodes well for the coming year, and shareholders seem to agree that Lennar is doing all the right things to keep building up its stock price.

UnitedHealth Jumps Despite the Dow's Decline