Are insiders bailing on Virgin Galactic?

Shares of space company Virgin Galactic ( SPCE -3.45% ) fell as much as 6% in trading on Friday as investors digest some large insider sales this week. The drop didn't last long and at 12:10 p.m. EDT shares were down just 1.4% on the day.

Last weekend, Virgin Galactic had to abort a test flight after a communication glitch prevented VSS Unity's engine from igniting. That was followed by chairman Chamath Palihapitiya selling 3.8 million shares in order to fund other ventures next year. 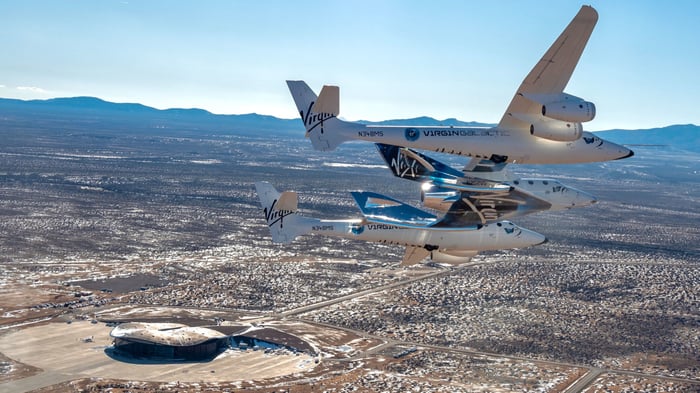 Yesterday, Virgin Galactic filed a shelf registration for all of the shares controlled by Richard Branson, Chamath Palihapitiya, Ian Osborne, and Boeing ( BA -1.64% ), who collectively control the board and own nearly half of Virgin Galactic. In total, the registration is for nearly 113 million shares of stock.

One of the fears in owning a growth stock like Virgin Galactic in the long term is that insiders aren't in for the long haul. To be a truly disruptive space company, Virgin Galactic will take a decade or more to mature, and we're still early in that process. So, insiders who control the board of directors selling, or potentially selling, shares is a concern. I don't see this as a good sign, although until Branson, Boeing, and Palihapitiya begin to sell more shares I won't be abandoning a bullish position on this stock.