It's been a wild first few months for fuboTV (NYSE:FUBO) since hitting the market at $10 in early October. Last week the volatility hit a fever pitch. The shares soared 58% through the first two trading days of the week, hitting an all-time high of $62.29 on Tuesday. The market-tingling six-bagger would go on to give the lion's share of those gains back, tumbling 29% in the final two trading days of the holiday-shortened week following back-to-back bearish analyst moves.

Daniel Salmon at BMO Capital kicked things off by downgrading fuboTV from outperform to market perform on Wednesday. Bulls can argue that Salmon also boosted his price target on the shares from $33 to $50. The real back breaker came a day later.

LightShed Partners -- led by Richard Greenfield along with fellow analysts Brandon Ross and Mark Kelley -- initiated coverage of fuboTV with a sell rating and an $8 price target. It's a brutal call, and the LightShed analysts are arguing that it could be "the most compelling short we have ever identified in our career as analysts." The floor may seem a lot lower than the ceiling is high, but it would still be a mistake to bet against fuboTV. 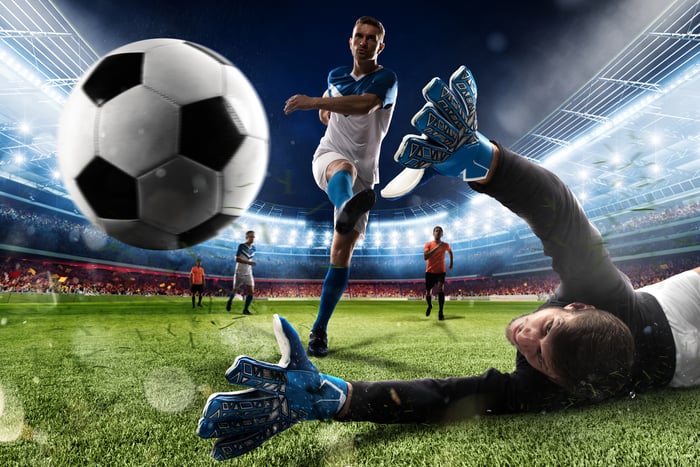 LightShed's Greenfield has been an early believer in streaming services and the shift away from traditional cable and satellite television providers. He's not talking down fuboTV's prospects because he doesn't understand the business. He's been championing the revolution before the revolution was cool. He gets it, but it doesn't mean he's going to be right.

The bearish bent on fuboTV has its flaws. LightShed's pessimistic initiation is themed around a CNBC appearance by fuboTV CEO David Gandler on Monday in which the co-founder played up his upstart's prospects. Gandler argues that fuboTV is at the intersection of hot trends including the secular decline of TV viewers, the shift of television advertising to connected devices, and wagering given its sports-first emphasis.

Greenfield and his fellow analysts argue that the hype is overblown at best and misplaced at worst. The combined market for traditional and virtual MVPDs (multichannel video programming distributors) is shrinking, and that eats into fuboTV's addressable market. It's a fair shot on the surface, but we can't ignore that virtual MVPDs are gaining market share at the expense of cable providers. And no one is gaining market share faster than fuboTV.

FuboTV's subscriber base has grown form 286,000 at the end of June to 455,000 accounts three months later. FuboTV's expects to top 500,000 paid subs by the end of the quarter that ends this week. It has boosted its 2020 guidance twice over the past three years, and it's probably still being conservative.

Measurement and analytics firm ANTENNA finds that fuboTV is the only streaming live TV platform that has increased its share of new sign-ups in each of the past four months, more than doubling in that time. It's trailing only the much larger YouTube TV and Hulu + Live TV in new sign-ups this quarter. FuboTV is taking on the titans of tech and iconic media stocks -- and it's winning. Everything is pointing to a blowout quarter. You don't want to short that momentum.

As for online advertising, this is a booming revenue channel for fuboTV. Ad revenue soared 153% in its latest quarter, more than double the 64% surge in subscription revenue. FuboTV is generating roughly $7 a month per subscriber in ad revenue. LightShed feels that $20 a month in ad revenue by 2025 is a stretch, but after more than doubling in a single year are we really going to bet against that metric nearly tripling in the next five years. FuboTV with its sports-first mindset offers marketers a juicy target audience. Again, you don't want to short that momentum.

Finally we get to wagering where there is no momentum on that front. FuboTV is just getting started here after acquiring fantasy sports developer Balto Sports, but connecting the dots makes sense. FuboTV has a captive audience of sports fans that have an interest in fantasy sports and the more lucrative betting on games. Legalities vary from state to state, but we know which way that trend is heading. No matter what state you're in you probably don't want to bet against fuboTV.