Please ensure Javascript is enabled for purposes of website accessibility
Free Article Join Over 1 Million Premium Members And Get More In-Depth Stock Guidance and Research
By Scott Levine - Dec 30, 2020 at 8:49AM

I'm searching for new holdings in 2021, but these won't make the cut anytime soon.

With the holidays behind us, many investors, including me, are on the lookout for after-Christmas sales to add to their holdings. In fact, I'm always searching for a bargain -- even after Santa has returned to the North Pole, I'm looking for attractive stocks to pick up at discount prices.

However, for some stocks, it doesn't matter how attractive the price-tag appears -- I'd prefer to keep my distance from them. So please accept my apologies Ballard Power Systems ( BLDP -5.57% ) and Nikola Corporation ( NKLA -4.35% ), but you won't find me as a shareholder anytime soon. 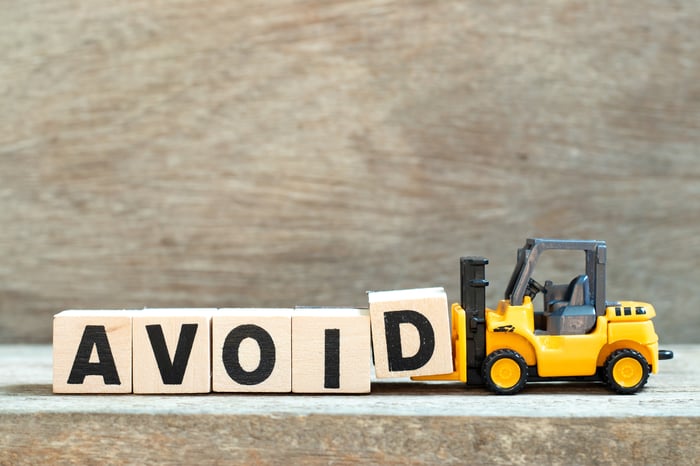 1. Hyped up on the hopes of a hydrogen economy

Providing fuel cell modules for on-road applications like buses and trucks, Ballard Power Systems is one of the most recognizable names in the fuel cell industry. And it's not only on the highways and byways, where Ballard sees opportunities, but the seas as well. In September, Ballard introduced its FCwave, which the company characterizes as "the fuel cell industry's first module designed for primary propulsion power in marine vessels." And to a much lesser extent, Ballard also provides fuel cell products to the material handling equipment (think, forklifts) and backup power markets.

Interest in the hydrogen economy increased considerably throughout 2020, and Ballard's stock has benefited, soaring more than 226% year to date. Continued growth in 2021 wouldn't be that surprising with the recently passing of the second stimulus bill, which includes legislation that also benefits the renewable energy industry.  Despite Ballard's momentum, I'll be keeping my distance from its stock.

Although I'm optimistic that hydrogen will gain popularity, I've learned my lesson -- I'm thinking of you, 3D stocks -- regarding getting caught up in the hype cycle surrounding trendy stock picks. Nowadays, I'm a little more conservative in my stock picks and channel my energy into focusing on the company's financials before picking up shares. And in doing so with Ballard, I find there are too many warning flags.

Over the past 20 years, Ballard has failed to prove that providing fuel cell products and services  can be a consistently profitable endeavor. Similarly, the company has failed to prove that it can organically generate cash from its operations. As a result, Ballard has had to consistently raise capital through the issuance of equity, thereby diluting shareholders. It did this in the third quarter, when it raised $212 million. 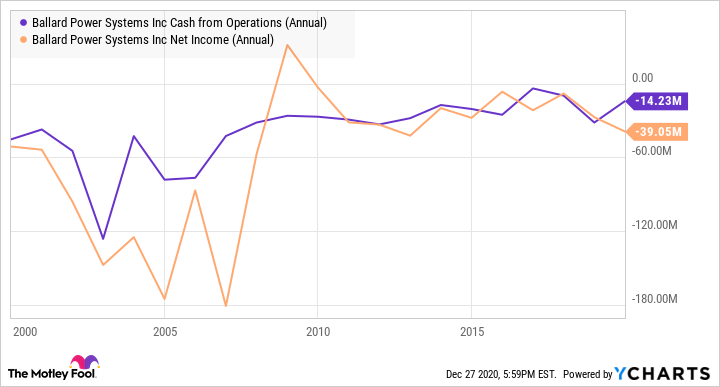 The hydrogen economy may flourish, but until Ballard proves that it can consistently make a profit and generate strong cash flow from fuel cell solutions , I'll be watching from the sidelines -- no matter how fervent the market's attitude toward the fuel cell stock becomes.

2. This EV story has been shocking

For those eager to gain exposure to the electric vehicle (EV) industry but were wary about doing so with Tesla and its expensive price tag, there weren't many choices available to them in the beginning of 2020. And then, special purpose acquisition companies (SPACs) rolled into town. One of the EV stocks at the forefront of the parade was Nikola, which had announced its foray onto the public markets in June after completing its merger with VectoIQ Acquisition. Shortly thereafter, Nikola proceeded to glimmer brightly in investors' eyes and became one of the top 100 stocks traded on Robinhood.

Shortly after Nikola completed its merger, its stock soared as investors recognized it as "another Tesla." On June 8, for example, the company's founder, Trevor Milton, tweeted that the company would soon begin to take orders for its electric pickup truck. The following day, shares closed more than 100% higher than where they had been the day before. 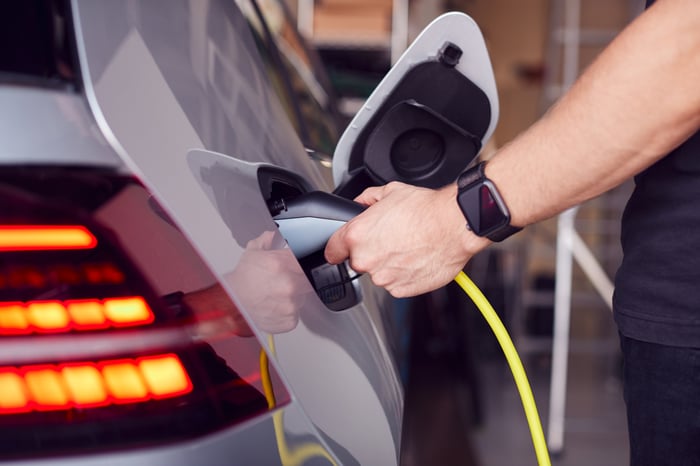 At the time, I was nearly caught up in the hysteria. I reviewed my holdings, my cash position, and my watch list, wondering if I should open a small position. But I couldn't ignore the lesson from my aforementioned 3D-stock experience. Although I was suffering some FOMO (fear of missing out) from not having picked up shares, the company's lack of a product on the market, in addition to skeptics waving warning flags, suggested that I shouldn't pick up shares.

Boy, am I grateful I didn't hit the buy button. Thanks to a variety of catalysts, including the scandalous departure of Trevor Milton and the crumbling of deals with General Motors and Republic Services, shares are now trading at a little under $14 -- about 85% down from their 52-week high. Even if shares should fall further, I don't think I'll be hopping along for a ride with Nikola. Perhaps, I'll reconsider, though, if the company succeeds in putting a quality product on the road and management regains my trust.

Ask any experienced investor, and they'll probably tell you that one of the wisest strategies that you can employ is to keep a watch list of stocks. It's something that I've benefited from tremendously over the course of my time investing.

While there are many growth stocks that I'm watching and waiting for the time when the prices are right, Ballard and Nikola are two tickers I'll be watching from a distance. Unless you're an investor with a considerable tolerance for risk, you should probably do the same.