Shares of the fuel cell stock were supercharged last year.

After plunging 62% in 2019, shares of FuelCell Energy ( FCEL -10.55% ) roared back in 2020 and soared 345%, according to data from S&P Global Market Intelligence. The first seven months of the year looked like 2020 was going to be a repeat performance for the stock as it slid 11% -- an even more disconcerting performance considering the S&P 500 had inched more than 1% higher over the same period.

When the dog days of summer rolled in, however, FuelCell's shares rocketed higher and climbed 27%. Staying hot through the remainder of the year, the stock continued to climb as investors responded to several catalysts including the company winning a project award, favorable outlooks from analysts, and the recently passed stimulus bill. 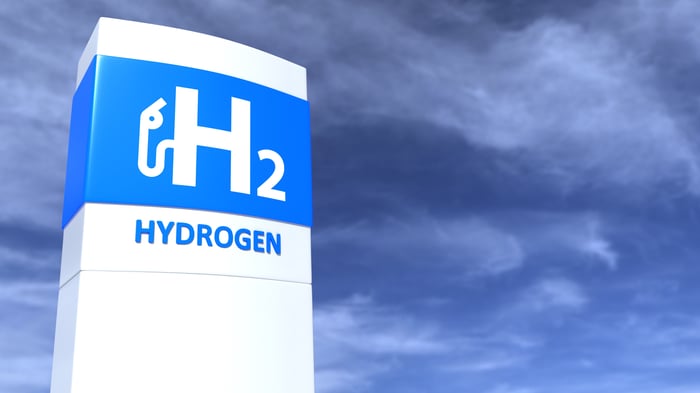 One source of excitement for investors came in the form of a $3 million award from the Department of Energy that FuelCell Energy received to help advance the commercialization of its reversible solid oxide fuel cell project. According to Jason Few, the company's CEO, FuelCell Energy's reversible solid oxide fuel cell solution "converts intermittent and excess power during periods of low power demand into hydrogen, stores our hydrogen on-site for long periods of time, and then uses this as a fuel source to generate clean power when needed during times of high power demand." While the project award isn't significant in terms of moving the needle for the company's finances, investors surely recognized it as validation of the company's progress in hydrogen power solutions -- a topic that gained considerable traction among investors in 2020.

In other favorable news during the fall, FuelCell Energy's stock received some favorable attention from Wall Street in mid October, encouraging investors to pick up shares. An analyst at JPMorgan, Paul Coster, initiated coverage on the stock, assigning an overweight rating and a $3 price target, according to Thefly.com. Compared to the stock's previous closing price, Coster's price target represented a 39% upside. Two months later, Canaccord followed suit and initiated coverage on the stock. Although it rated FuelCell Energy's stock a hold, Canaccord assigned an $8.50 price target, signaling to investors that the stock's noteworthy climb might not reverse its course in the foreseeable future.

Lastly, the stimulus bill passed in late December helped to solidify the stock's 2020 gain. The legislation includes more than $2 billion allotted for modernizing the power grid -- something that investors recognize as a potential catalyst for spurring growth in the fuel cell industry.

While FuelCell Energy has electrified the hopes of many investors, it's critical for prospective shareholders to remember that there's considerable risk associated with an investment. The company's annual revenue, for example, has declined every year since 2013, and the company has consistently failed to generate an annual profit over the past 20 years. Although investors interested in renewable energy stocks may find FuelCell Energy compelling, there are, in fact, currently plenty of other options that entail a far lesser degree of risk and plenty of upside.