Please ensure Javascript is enabled for purposes of website accessibility
Log In Help Join The Motley Fool
Free Article Join Over 1 Million Premium Members And Get More In-Depth Stock Guidance and Research
By Leo Sun - Jan 13, 2021 at 8:45AM

The "Amazon of Africa" still has a lot to prove.

Shares of Jumia Technologies (JMIA -9.28%), the German company that provides e-commerce services to about a dozen African countries, have surged more than 500% over the past 12 months. That rally boosted Jumia's market cap to about $3.25 billion, or 15 times next year's sales.

The bulls might claim that's a reasonable valuation for a company that has an early mover's advantage in Africa's nascent e-commerce market. However, the bears will claim Jumia's stock is overvalued, and that higher-growth e-commerce companies are trading at comparable valuations. Let's see which perspective makes more sense. 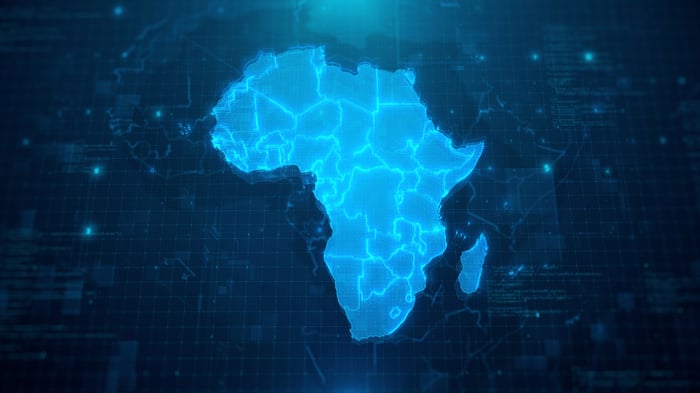 How fast is Jumia growing?

Jumia went public in April 2019. It initially impressed investors with its robust gross merchandise volume (GMV) and revenue growth in 2018. However, its growth decelerated significantly throughout 2019 and 2020:

In 2019, Jumia shut down its operations in Cameroon, Tanzania, and Rwanda to streamline its business and boost its margins. It wound down its capital-intensive first-party marketplace in favor of third-party sellers, and it pivoted away from pricier products like electronics and toward cheaper consumer staples to attract more shoppers.

All those moves throttled Jumia's GMV and revenue growth, but its number of annual active customers still grew 54% year over year to 6.1 million in 2019 as its total orders rose 49% to 8.3 million.

Unfortunately, the pandemic pushed several of its top African markets, including Nigeria and South Africa, into recessions last year. Those macro headwinds, along with high inflation rates across the region, are further reducing its GMV and revenue growth -- which are reported in euros.

Jumia's number of annual active customers still grew 23% year over year to 6.7 million in the third quarter, but its total orders slipped 5% to 6.6 million. Analysts expect its revenue to decline 4% for the full year, but rebound 27% next year as the pandemic passes and its major markets recover.

Jumia isn't the next MercadoLibre yet

The pandemic generated tailwinds for many e-commerce companies as stay-at-home measures forced more people to shop online. However, the crisis mainly generated headwinds for Jumia, which only reaches a sliver of Africa's population due to low internet penetration rates.

Jumia is often compared to MercadoLibre (MELI -9.61%), the largest e-commerce company in Latin America. However, MercadoLibre is growing much faster than its African counterpart.

MercadoLibre is also expected to generate a full-year profit this year, up from a net loss last year, and more than double its earnings in 2021. Jumia's bottom line remains deep in the red, and it only slightly narrowed its net loss in the first nine months of 2020 by shifting toward third-party sellers and reducing its marketing expenses.

It seems irrational for Jumia to trade at a similar price-to-sales ratio as MercadoLibre when it's growing at a much slower rate. But Jumia also remains pricier than other established e-commerce giants like JD.com (JD -7.03%) and Amazon (AMZN -3.21%).

JD, China's largest direct retailer, is expected to grow its revenue and earnings by 23% and 40%, respectively, next year. But its stock trades at just 40 times forward earnings, and less than one times next year's sales.

Analysts expect Amazon's revenue and earnings to rise 18% and 30%, respectively, next year. The stock trades at 60 times forward earnings and just over three times next year's sales.

As an underdog in an emerging market, Jumia should be generating stronger growth than these bigger companies to justify its high price-to-sales ratio. But it's not -- it's merely attracting investors with the future growth potential of Africa's e-commerce and digital payments markets.

The bears are right about Jumia

Based on these facts, I'll have to side with the bears. Jumia only reaches a tiny percentage of African consumers, its growth rates are dismal, and it's unclear when the African e-commerce market will start gaining momentum again.

I'd much rather buy shares of MercadoLibre, JD, or Amazon at more reasonable valuations than invest in Jumia, which could still face tough competition from disruptive regional start-ups as Africa's e-commerce market expands. Unless Jumia can generate sustainable growth again, it will remain an overvalued stock.