The container ship owner is selling shares into a rally.

Shares of Global Ship Lease (GSL 0.58%) were down more than 12% on Friday after the container ship owner finalized the terms of a secondary stock offering. Secondaries by their nature add to the supply of a stock, which tends to put at least short-term pressure on the price.

Global Ship Lease, an owner of a fleet of mid-sized and smaller containerships, on Friday said it is selling 5.4 million shares of its common stock for $13 apiece. The company will raise $70.2 million in the offering, prior to expenses, or $80.7 million if the underwriters exercise their option to purchase extra shares. 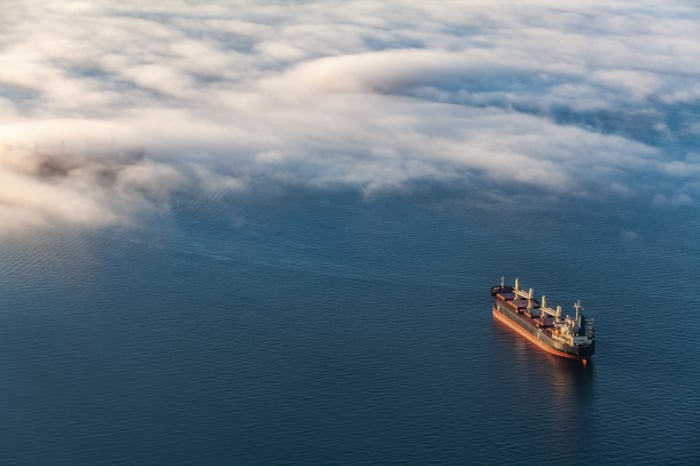 The money will go toward funding the expansion of the company's fleet, as well as general corporate purposes. The company had previously announced plans to do a secondary, but on Friday upped the amount it was seeking to raise and set a price that was below Thursday's $14.90 close.

Prior to Friday 2021 had started strong for Global Ship Lease shares, with the stock up nearly 45% year to date as of a few days ago. It's given back some of those gains since, but is still up nearly 10% since Dec. 31.

And indeed, there is a lot to like about the business right now. Global Ship Lease initiated a dividend on Jan. 12, and at least two Wall Street analysts have raised their price targets on the stock on hopes that as the world normalizes there should be growth in industrial production, and with it shipping demand, in the quarters to come.

This is a business that should perform well in good economic times, as strong economies lead to more demand for ships. That, more than this secondary, should influence the stock movement in the quarters to come. Long-time holders should do their best to ignore this patch of rough seas.