Please ensure Javascript is enabled for purposes of website accessibility
Log In Help Join The Motley Fool
Free Article Join Over 1 Million Premium Members And Get More In-Depth Stock Guidance and Research
By Howard Smith - Jan 26, 2021 at 9:15AM

If Tesla and other electric-vehicle companies grow as expected, charging infrastructure names will win as well.

Shareholders of Tesla (TSLA -6.42%) have experienced incredible gains over the last few years. One explanation for a valuation that defies logic is that it's a bubble, with a drop to come that will be as remarkable as the ride up has been. But another suggestion is that the market is so massive that the company will grow into the valuation.

If the latter is the case, Tesla shares could hold their value. Further, it would imply that charging infrastructure for the sector still has a huge runway. Regardless of how Tesla fares, the transition to electric vehicles (EVs) is unmistakable, and charging networks will grow. But which charging company should investors consider? 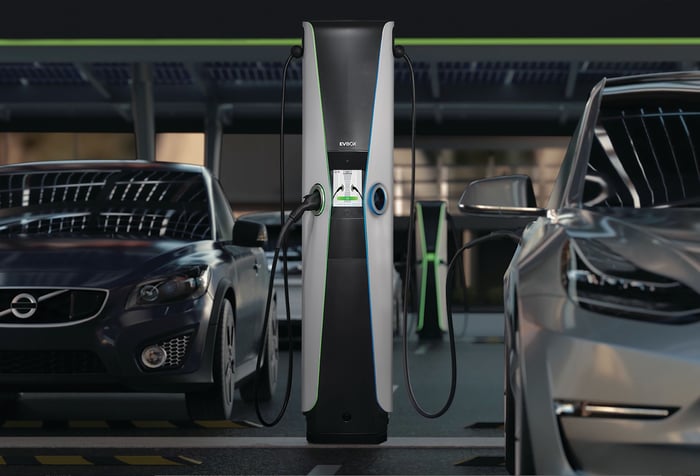 Investors haven't been able to participate in ownership of charging-station industry leaders until recently. Before companies in the sector became the targets of mergers with special purpose acquisition companies (SPACs), one popular name with investors was Blink Charging (BLNK -4.53%). But larger, and more established options are also now available to retail investors.

These include the following, along with their SPAC suitors:

There are also smaller players, but, at this point, an investor would be wise to either own a basket of stocks or commit funds to a leader in the sector. Blink Charging is not a leader in the U.S. or Europe, is not yet profitable. Further, the company continues to issue new shares (including adding more than 15% to the share count just this month) to meet its capital needs.

Other EV charging players, however, each have unique leadership positions. EVgo is the leader in DC fast chargers (DCFCs) in the U.S., with 50% retail market share, according to the company. DCFCs can be used effectively in commercial settings while consumers are shopping and on the go.

With more than 70% market share, ChargePoint is the North American leader in Level 2 charging networks, which use 240-volt power. Finally, EVBox is a 10-year-old company that owns Europe's largest EV charging station network, with a total of over 200,000 charging ports in more than 70 countries worldwide. That total has doubled in just over a year. 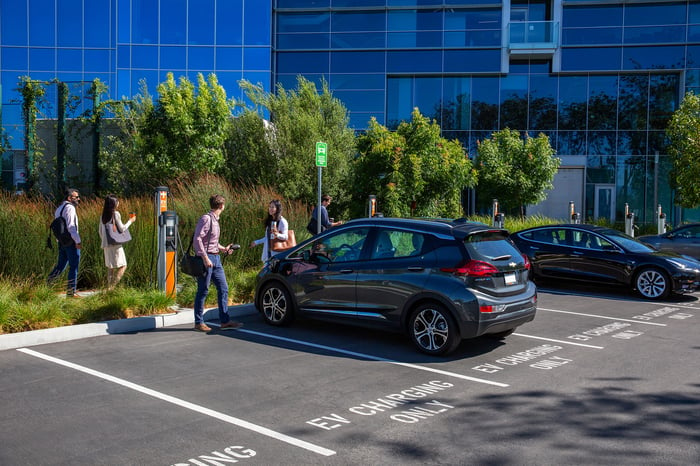 The top line is the bottom line

For better or worse, companies going public through SPAC mergers offer investors unproven estimates for growth. The future of the EV sector is still unknown. As a result, investments today require some level of speculation.

Just as with Tesla investors today, speculation and qualitative information have to drive decisions. Traditional valuations don't make sense or are not available. While a basket approach may be best, an investment in EVBox -- through TPG Pace Beneficial Finance prior to completion of the merger -- looks like the most reasonably valued.

Being the leader in Europe isn't the company's only ambition. EVBox also has a North American headquarters and expects the overall number of its charge ports shipped to grow at a compound annual rate of 65% over the next three years.

Investors that speculate in Tesla or other EV manufacturers should consider the sector's infrastructure, too. Unlike some EV makers, these are already established businesses. After recent upward moves in the stocks, a position in EVBox could be the best way to invest in charging networks today.