Please ensure Javascript is enabled for purposes of website accessibility
Log In Help Join The Motley Fool
Free Article Join Over 1 Million Premium Members And Get More In-Depth Stock Guidance and Research
By Rick Munarriz - Jan 26, 2021 at 9:05AM

Not every stock has rallied over the past year. These three household names have fallen out of favor with investors, but they should bounce back.

Stocks are hot these days, but there are always exceptions to the rule. There are more more than 1,400 stocks with market caps greater than $300 million that have fallen over the past year. A little more than two-thirds of those investments have fallen by at least 10% since last year. Most of the markdowns are earned, but Wall Street doesn't always get it right. 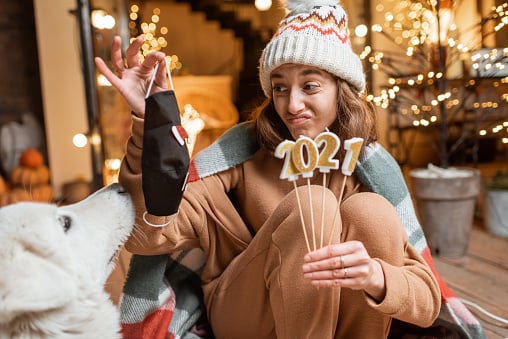 There isn't a lot of respect for AT&T these days. The stock has dropped to the point where its yield has ballooned up to 7.2%. It's a sustainable payout, too.

AT&T is more than just a telco of course. The namesake wireless business is a major player in a field that's about to take a step up in the 5G revolution. AT&T has also become a content powerhouse with the acquisition of Time Warner three summers ago. In a world where content is king AT&T now owns DC Comics, HBO, CNN, and several other audience magnets. A Hollywood Reporter article on Monday that there is currently a Harry Potter series in the early stages of development for AT&T's HBO Max.

AT&T is misunderstood right now. There are a lot of segments here that are languishing including DirecTV and AT&T's wireline business. However, wireless and WarnerMedia now account for beefy 60% of the revenue mix. AT&T reports financial results on Wednesday, giving it the perfect stage to woo back investors. 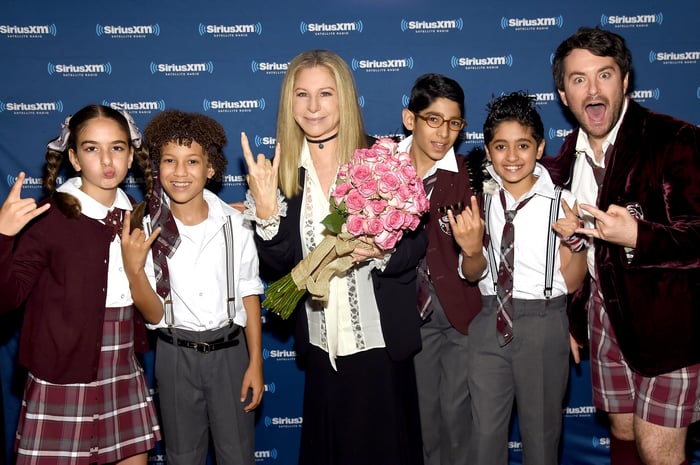 Satellite radio isn't a hot commodity these days. The pandemic gnawed away at morning commutes, school drop-offs, and cross-country road trips. If we're not driving as much as we used to it's fair to say that we're not going to want to pay a premium for audio entertainment.

Last year was rough for Sirius XM. Shares of the satellite radio monopoly declined in 2020, the first time we've seen that happen on a dividend-adjusted basis since 2008.

Sirius XM understandably struggled through the first few months of the pandemic, but it's rolling again. It wound up with 30.9 million self-pay subscribers by the end of last year, padding its tally by 909,000 premium accounts for all of 2020. Sirius XM exceeded its guidance.

It also initiated its guidance for 2021 earlier this month, and the crystal ball is encouraging. Sirius XM expects to grow its audience by 800,000 self-pay net subscribers this year. It's eyeing roughly $1.6 billion in free cash flow and $8.35 billion in revenue. Armed with some smart acquisitions to give it some optionality beyond satellite radio Sirius XM stock should get back on a winning streak this year. 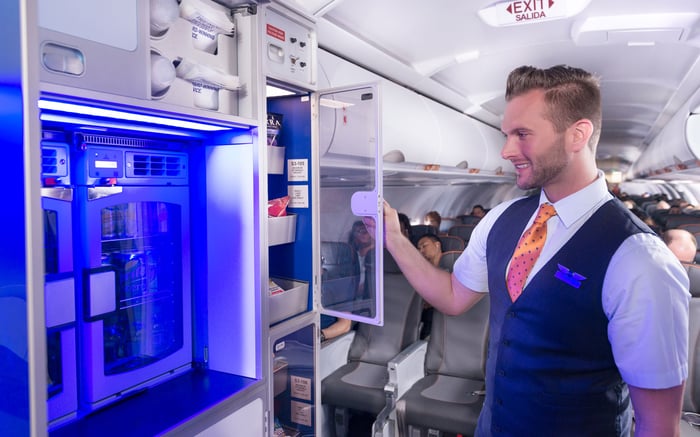 One of last year's worst-performing sectors was travel, and airline stocks in particular were a bumpy flight for shareholders. JetBlue stock tumbled 22% in an otherwise buoyant market last year, but it's hard to find a better stock to bank on if you want to grab a window seat on an airline investment.

JetBlue is struggling like the rest of its peers, but it has a strong consumer brand with a cult following. Consumer travel should recover faster than corporate travel, and that plays into JetBlue's strengths as it doesn't offer first or business class seating (outside of its luxury Mint seating on select flights).

Analysts see JetBlue's top line bouncing back sharply this year, busting back into profitability next year. I realize that three years is a long time in sizing up valuation metrics, but JetBlue is trading for less than four times Wall Street's 2024 profit target. With JetBlue already starting to take advantage of the weakness at larger legacy airlines by entering new markets -- flights out of Miami to three major cities start in two weeks -- the stock should be a leader out of the industry slowdown.