Please ensure Javascript is enabled for purposes of website accessibility
Log In Help Join The Motley Fool
Free Article Join Over 1 Million Premium Members And Get More In-Depth Stock Guidance and Research
By Royston Yang - Jan 29, 2021 at 7:28AM

Income-seeking investors should turn their attention to these three consistent dividend-paying businesses.

Nothing beats the feeling of cashing that dividend check and seeing your bank account balance rise. Income-focused investors have long relied on a steady stream of dividends that serve as a passive source of income. While growth investing may have its gaudy appeal, you don't get to spend your gains until you sell your shares.

Dividends, on the other hand, represent money in the pocket that you can either use to pamper yourself, or to reinvest in the very same companies that paid them out. Some companies have demonstrated the ability to raise their dividends over the years or even decades, making them much beloved by dividend-seeking investors. Companies that pay increasing dividends for 25 years are known as Dividend Aristocrats, while those that have a 50-year or more track record of raising them are known as Dividend Kings.

If you're enamored with dividends, you should turn your attention to these three stocks. 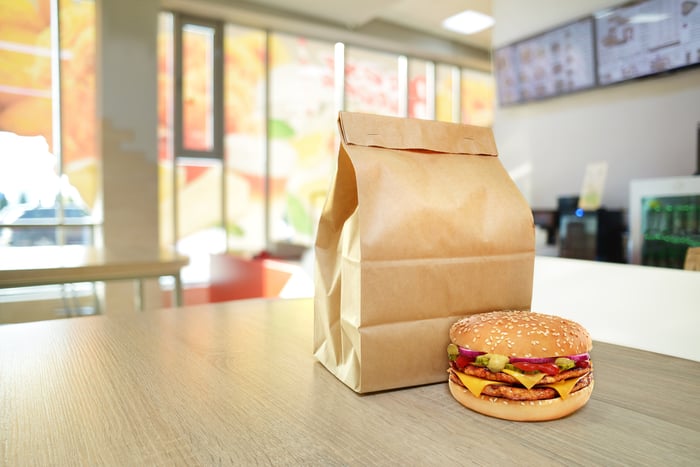 Proctor & Gamble (PG 0.84%), or P&G, is a consumer goods behemoth that has a portfolio of 65 well-known brands grouped into 10 categories. Its products span personal healthcare, home care, beauty, family care, and grooming, and the company's brands such as Pampers, Gillette, Pantene, and Tide are ubiquitous in most households. Although nearly half of net sales came from the U.S., P&G is effectively a global company with sales in Europe, China, and Latin America, too.

The company has been reporting steady growth, with net sales and income both rising over the last five years. Net sales grew from $65.3 billion, in the fiscal year 2016, to nearly $71 billion, in the fiscal year 2020 (the company has a June 30 fiscal year-end), while net income went from $10.5 billion to $13 billion over the same period. Even during the pandemic, P&G has reported healthy numbers -- its fiscal 2021 second-quarter net sales rose 8% year over year, while net earnings inched up 4% year over year.

Most importantly, P&G declared a quarterly dividend of $0.7907 per share. The company has been paying a dividend for 130 consecutive years and has increased it for 64 consecutive years, earning it the title of Dividend King.

Another Dividend King worthy of mention is 3M (MMM 1.26%). The conglomerate chalked up sales of $32.2 billion for its fiscal year 2020 and has four major business segments that deal with everything from post-it notes and filtration systems to attachment tapes and car care products. 3M's dividend has increased over 62 consecutive years, as the business generates copious amounts of free cash flow year after year.

The company allocates around 6% of its sales to research and development every year to retain its edge and come up with new products. 3M remained resilient despite the ongoing COVID-19 pandemic, reporting a slight year-over-year increase in net sales while operating and net income jumped.

Moving forward, investors can rest assured that 3M can continue to raise its dividend for the foreseeable future. While its bottom line growth may not be exciting, management has demonstrated its commitment to increasing the company's dividend, and with a payout ratio of around 75% for its fiscal year 2019, there's room for more.

When it comes to fast food, nothing beats McDonald's (MCD 1.17%) in terms of popularity and mind share. The famous golden arches have served millions of customers and have opened a stunning 39,000 stores in over 100 countries. The company works predominantly on a franchise model, where independent local business owners pay a franchise fee to use the McDonald's brand name and marketing materials.

Total revenue for McDonald's has fallen as sales by company-owned stores declined, while revenue from franchised restaurants headed up. Net income, however, showed a steady climb from 2015 through to 2019 as this franchising model made the company asset-light and improved overall margins. Crucially, McDonald's demonstrated a knack for churning out copious amounts of free cash flow year after year, thereby supporting its ability to raise its dividend for almost 45 consecutive years, bringing it ever closer to becoming a Dividend King.

Management is not sitting on its laurels. It recently upped its franchise fee structure and raised the ire of its franchisees, with investors feeling justifiably worried. The long-term implications of this move may come back to bite McDonald's eventually, but in the short term, the business should see a bump in revenues as each franchisee is expected to cough up more. In 2021, the fast-food giant plans to open around 1,300 new restaurants, and it seems its dividend can continue to head up, as the company projects around 1.5% to 2% systemwide sales growth for its new restaurants by 2022.