Rumors persist that the SPAC may merge with promising EV maker Lucid Motors.

It's not often that shares of special purpose acquisition companies (SPACs) surge prior to any merger agreement being announced. But that's what's been happening with Churchill Capital since Jan. 8, when rumors began circulating that it may combine with Lucid Motors. Shares have soared more than 150% in that time. 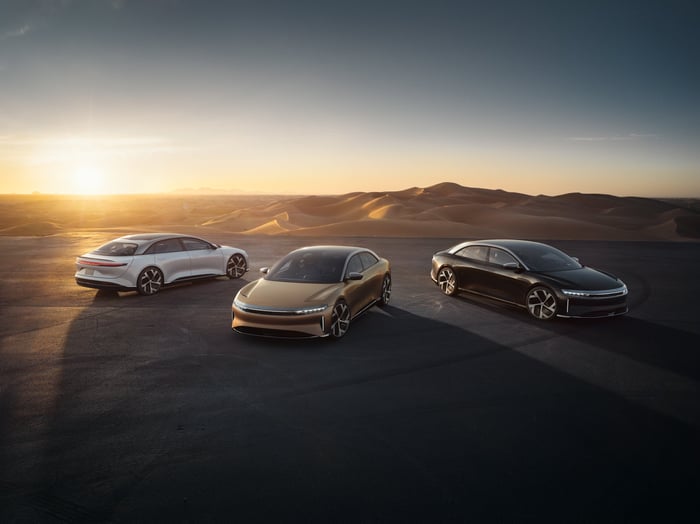 Excitement in the automaker stems from its Lucid Air luxury sedan. The first vehicles are expected to be available this spring from its Arizona manufacturing facility, and will supply over 1,000 horsepower with a battery range of 517 miles. Lucid also has plans for a future SUV model, though no details have been released.

The Financial Times also recently reported that Lucid is in talks with Saudi Arabia's sovereign wealth fund to build a new EV factory in the kingdom. The Saudi fund is already a major holder in Lucid after it invested more than $1 billion in 2018.

The surge in Churchill Capital shares means that any deal announced will be valued about 2.5 times higher for investors today than initial holders in Churchill Capital. And if a deal does not come through, expect a retreat in shares of the SPAC, at least until it does find an operating company to invest in.