Please ensure Javascript is enabled for purposes of website accessibility
Log In Help Join The Motley Fool
Free Article Join Over 1 Million Premium Members And Get More In-Depth Stock Guidance and Research
By Lou Whiteman - Feb 2, 2021 at 10:48AM

Short-sellers took it on the chin during the month.

January was a very good month for shares of Virgin Galactic Holdings (SPCE 0.15%). The stock traded up almost 87%, according to data provided by S&P Global Market Intelligence, with the stock responding to a tough December with a strong January performance.

Virgin Galactic is a volatile stock on quiet trading days, and it tends to be especially choppy during dramatic market moves. The space tourism start-up dealt with setbacks in 2020 and had to delay the debut of its commercial service, but it now appears to be back on track to get paying customers into orbit in 2021. 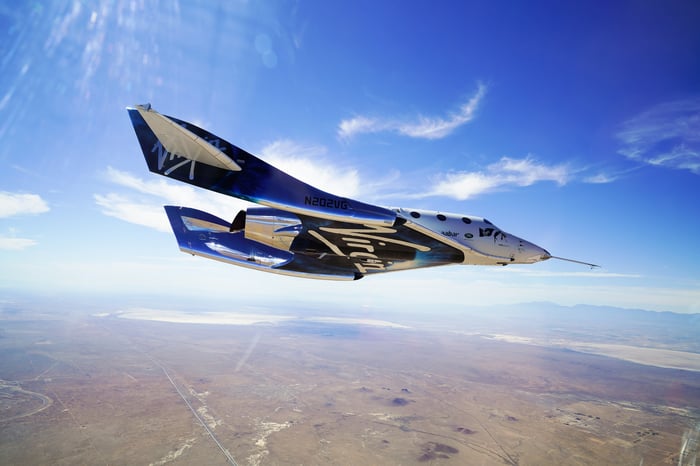 The company has been tweeting updates on the testing plans, and investors were reassured that things are getting back on schedule after a failed December test.

Virgin Galactic's January jump was also likely due to factors outside of its control. The stock is heavily shorted and appears to have been caught up in a buying frenzy triggered by a Reddit investing community that targeted stocks that have a high short interest and were vulnerable to a so-called short squeeze, where shorts are forced to buy stock to cover their negative bets.

Virgin Galactic shares have continued to soar higher in the early days of February, but at least there has been company news to explain the run. On Feb. 1, the company provided an update on it flight test program, saying that a window will open on Feb. 13 for it to retry the failed December test and push forward on its objective to get paying customers into space in the months to come.

Make no mistake: This is an expensive stock right now. Virgin Galactic is a prerevenue company valued at more than $12 billion. There isn't even enough revenue being generated at this moment to calculate an accurate multiple to use to compare it with other stocks.

But if nothing else, the company looks to be back on track toward proving its concept is viable, and hopefully ramping up revenue generation in the months to come. For now, that's enough to keep the stock flying high.