Please ensure Javascript is enabled for purposes of website accessibility
Log In Help Join The Motley Fool
Free Article Join Over 1 Million Premium Members And Get More In-Depth Stock Guidance and Research
By Dan Caplinger - Feb 4, 2021 at 11:52AM

One stock that's been on the outs for a couple of years earned back its wings on Thursday, as Canada Goose Holdings (GOOS 3.02%) took flight with a solid gain following its latest earnings report. Meanwhile, special-purpose acquisition company (SPAC) Holicity (HOL) saw its stock continue to rise due to investors who are excited about a potential merger with a key player in the space industry.

Shares of Canada Goose Holdings jumped 27% on Thursday morning. The maker of outerwear had hit the fashion skids after peaking in late 2018, but turnaround efforts appear to be taking the company to a better place. 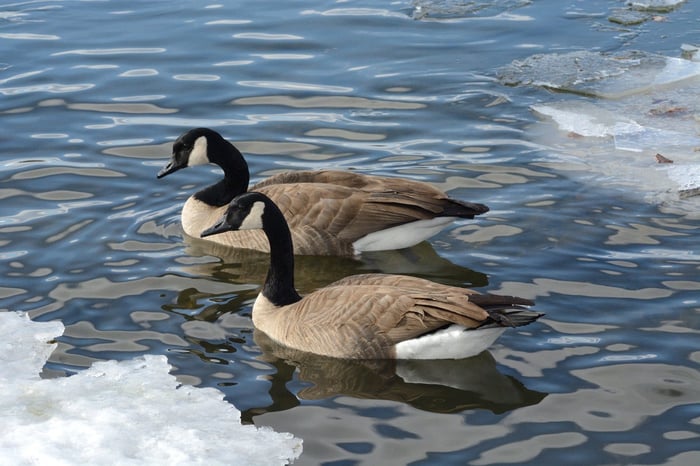 Investors need to understand that Canada Goose isn't back to normal just yet. Seven of the company's 28 retail stores are still closed, and the retailer chose not to offer any outlook for the remainder of the fiscal year due to pandemic-related uncertainties. Moreover, net income was down slightly from year-earlier levels.

Yet shareholders were happy to see Canada Goose return to growth. Whether that'll yield lasting gains or just a brief spike remains to be seen, but for today, it was enough to make the stock fly.

Elsewhere, shares of Holicity climbed another 13%. The SPAC had jumped more than 40% on Wednesday following news that it had identified a promising merger candidate.

Holicity announced that it would merge with privately held Astra. Combining money from institutional investors and the capital the SPAC raised in its own initial public offering, the proposed deal puts a value of roughly $2.1 billion on Astra.

Astra hopes to distinguish itself from other rocket companies by focusing on the less glamorous world of small satellite launches. Rather than using huge rockets to launch large payloads, Astra will instead try to develop the expertise to take smaller payloads and maneuver them precisely into whatever point in low Earth orbit they need to go.

Astra has minimal revenue currently, but the deal feeds into investors' frenzy for space-based businesses. Many expect that ETFs concentrating on space stocks will immediately buy Holicity shares once the merger is complete and they bear the Astra name, or perhaps even in anticipation of a merger. As long as those factors are out there, Holicity could continue to see its share price move higher.