Please ensure Javascript is enabled for purposes of website accessibility
Log In Help Join The Motley Fool
Free Article Join Over 1 Million Premium Members And Get More In-Depth Stock Guidance and Research
By Jim Halley - Feb 6, 2021 at 6:30AM

Jazz is paying $7.2 million to buy the maker of CBD-derived drug Epidiolex. Is it a smart deal?

Pot investors are hardly strangers to splashy mergers and acquisitions. And following the big news about Aphria and Tilray combining their companies, there's a new deal that's making waves in the cannabis sector. On Wednesday, Jazz Pharmaceuticals (JAZZ 3.52%) announced it's buying GW Pharmaceuticals (GWPH) for $7.2 million.

There are 36 U.S. states where medical marijuana is legal, so it seems obvious that medical-use cannabis has a huge upside. What may be less obvious, though, is that there's plenty of growth expected in the pharmaceutical use of marijuana. The plant has active ingredients called cannabinoids that are said to have a broad range of medical benefits. Annual revenues from cannabinoid-based pharmaceuticals are expected to grow to $50 billion by 2029, according to Statista Research. No wonder Jazz wants to get in on the hype. Here are four reasons why the deal makes sense, at least for Jazz: 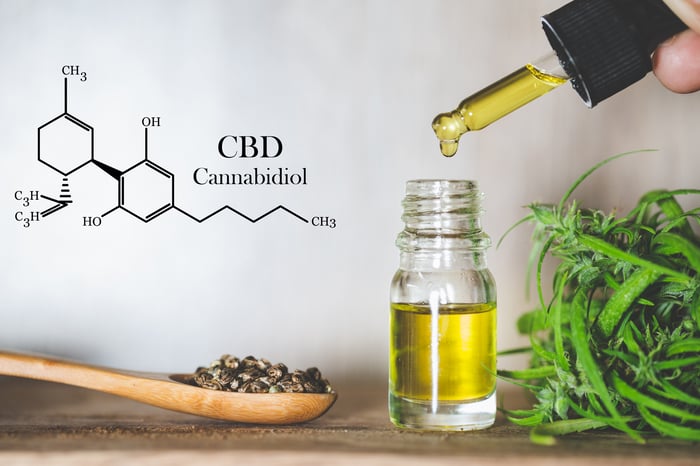 Reason 1: GW Pharmaceuticals is seeing a big uptake in revenue

GW Pharmaceuticals is the biggest player in pharmaceutical uses of cannabis, with a market cap of $3.9 billion, making it the sixth-largest marijuana-related stock in the world. Its shares are up more than 49% over the past year.

GW Pharmaceuticals has not consistently made a profit since its founding in 1998, but the company is showing the way toward profitability, thanks to expanded use of its lead therapy, Epidiolex, a liquid formulation of plant-derived cannabidiol used to treat rare childhood-onset epilepsy disorders. The drug, approved by the U.S. Food and Drug Administration (FDA) in November 2018, is starting to look like a blockbuster therapy.

Through the first nine months of 2020, the company reported $378.6 million in revenue, up 88% year over year. The company has said it will announce its fourth-quarter numbers this month, but in a preliminary report on Jan. 11, said it made $148 million in the fourth quarter, up 35.7% over the same period in 2019.

Reason 2: Sales for Epidiolex are just starting to take off

Despite COVID-19, sales of Epidiolex were up more than 70% in 2020. The oral solution is the only cannabidiol (CBD) approved as a therapy by the FDA. Essentially, Epidiolex is a purified form of a CBD, but without tetrahydrocannabinol (THC), the hallucinogenic ingredient of the plant.

Epidiolex is used to treat seizures associated with Lennox-Gastaut syndrome or Dravet syndrome, two rare forms of epilepsy. The drug is responsible for most of GW Pharmaceutical's revenue, including $132.6 million of the company's reported $137.1 million third-quarter sales.

As the company investigates therapy possibilities for the drug, that number is likely to take off. In July, the FDA approved the drug as a therapy for seizures in patients with tuberous sclerosis complex (TSC), a rare genetic disorder that can cause epilepsy and creates benign tumors.This decision came on the heels of a positive phase 3 trial for the drug on TSC announced in 2019.

GW is beginning two phase 3 clinical trials in the U.S. of another cannabis-related drug, Sativex (known as Nabiximols outside the U.S.). The oral spray, which contains both CBD and THC, is already approved in the U.K. as a therapy for various multiple sclerosis (MS) symptoms, especially MS-related spasticity (muscle spasms or stiffness). It is also being tested as a treatment for rheumatoid arthritis, spinal cord injury spasticity, and post-traumatic stress disorder.

Reason 4: It's a win-win for both companies

Despite all its growth, GW Pharmaceuticals is still losing money. Through nine months, it lost $28,981 million in net income, compared to positive net income of $15 million in the same period in 2019. That's not to say its surging revenue won't outstrip its expenses, but it hasn't yet.

Another cloud on the horizon is the company's lawsuit with Canadian cannabis giant Canopy Growth (CGC 5.67%), which is suing GW Pharmaceuticals for patent infringement, saying the British company copied Canopy's method of using carbon dioxide to extract cannabinoid. The suit was filed just before Christmas in a federal court in Waco, Texas. Even if GW Pharmaceuticals is successful in defending itself in the lawsuit, legal fees could add considerably to the company's expenses in the coming months.

Jazz Pharmaceutical, with a market cap of $8.42 billion, is a much larger company and has the money to devote to GW Pharmaceuticals to make it a profitable segment and deal with any short-term issues GW Pharmaceuticals may have. On top of that, there will be obvious cost savings when the companies combine, mostly by trimming redundant personnel.

Jazz is a neuroscience company and so is GW Pharmaceuticals. They just approach similar diseases with different therapies. Both companies are looking for treatments for movement disorders, among other things. Jazz's focus on oncology and sleep disorder could also be helped by GW Pharmaceutical's cannabis expertise.

Is Jazz or GW a buy today?

I think of the two, Jazz is the better buy today. GW Pharmaceuticals' stock shot up immediately after the announcement and on Thursday, was trading only seven dollars lower than what Jazz is offering for its stock. It's not likely to go any higher than that $7.

However, Jazz's stock immediately took a small hit with the announcement, as is typical when one company buys another. That provides a good short-term opportunity for investors. I think Jazz will be able to make more out of GW Pharmaceutical's pipeline and will increase its revenues and margins with the buyout. In the long run, that will bring the stock higher and it makes sense to get in now before it climbs, but only if you have cash on the sidelines and a high risk tolerance.

Got $4,000? Buy These 2 Cannabis-Focused Biotech Stocks