These companies offer plenty of growth potential -- and less risk of going bust.

In what's sure to go down as one of the most interesting financial events of the decade, Reddit's WallStreetBets board recently helped power an incredible rally for GameStop and a handful of other heavily shorted companies. GameStop stock has since shown signs of coming back down to earth, but it's clear that young investors with a foundation in social media culture have arrived as a formidable force on the stock market.

Bringing more people into the world of investing will be a good thing in the long run, and many people initially lured by risky stock bets will ultimately come to appreciate more dependable growth plays. With that in mind, we asked three Motley Fool contributors to profile a stock that's a great fit for new investors. Read on to see why they think Amazon (AMZN -7.16%), Alphabet (GOOG -3.69%)(GOOGL -3.93%), and Magnite (MGNI -3.43%) are primed to be winners. 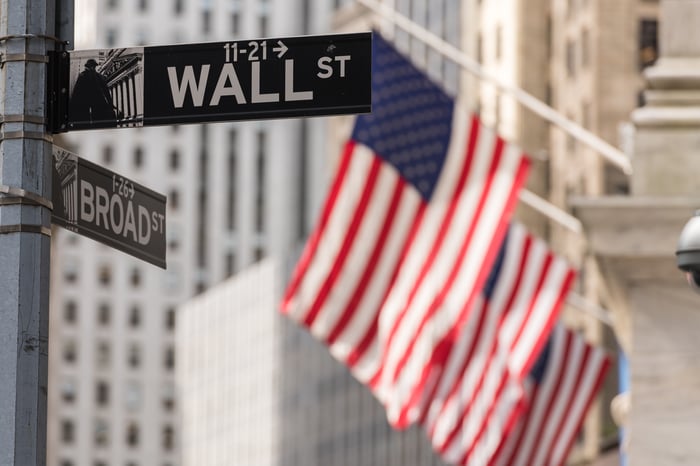 One of the world's most influential companies

Keith Noonan (Amazon): If you've been following financial news, you might have seen headlines mentioning that founding CEO Jeff Bezos will be stepping down from his role this year. Much discussion will surely center on whether Amazon will be able to continue its incredible trajectory under new leadership, but the company also recently delivered another quarter of stellar growth -- with sales crushing expectations and climbing 44% year over year in the fourth quarter.

Most investors are already pretty familiar with Amazon, and many probably interact with the company's services even more than they know. The company is a giant in the e-commerce space and accounts for a huge share of total online retail sales in the U.S. It's also the leader in web hosting and cloud computing services, providing back-end and infrastructure services that are integral to a huge section of websites and applications.

There's good reason to wonder what Bezos' stepping down from the CEO role will mean for the company, but Amazon has powerful advantages that will unfold over the long term, and the business remains in good hands. Incoming CEO Andy Jassy was responsible for building Amazon Web Services -- the cloud computing business that gave the company a leading role in powering the internet and has become its most profitable segment.

Amazon stands as one of the most innovative companies in history. If it stayed completely concentrated on maintaining leadership positions in e-commerce and cloud computing and ignored all other growth avenues, there would still be a strong affirmative case for investing in the stock at current levels. The business's core pillars are still very strong, and growth bets in fields including digital advertising, artificial intelligence, and robotics will likely help power wins for decades to come.

Joe Tenebruso (Alphabet): A great way to start investing is to buy stock in the companies whose products and services you know and love. This familiarity can give you an edge and make it easier to understand the fundamental performance drivers of the businesses in which you invest. And that, in turn, can help you earn higher returns in the stock market.

Alphabet is one company whose services you likely use every day. The technology conglomerate has a bevy of products that are each used by more than 1 billion people, including Google Search, Maps, Play, Chrome, Gmail, Android, and YouTube.

Alphabet, in turn, offers new investors an excellent wealth-building combination of safety and growth. Alphabet's stock is a low-risk investment because of its powerful competitive advantages. Google is the king of internet search in nearly every market in the world, and its search dominance is unlikely to be challenged by upstarts. This allows Google to crank out hefty profits year after year.

Alphabet uses some of these profits to invest in exciting growth markets, such as cloud computing, self-driving vehicles, and renewable energy. These and other "moonshots" help to keep Alphabet on the cutting edge of technological progress. And even just one major success in these potentially enormous markets can fuel Alphabet's growth -- and, by extension, your profits -- for years to come.

All told, Alphabet gives new investors many ways to win. Its stock is a great buy today -- and one that could easily deliver strong returns to its shareholders for at least the next decade.

Jamal Carnette (Magnite): Magnite might not be lighting up Reddit forums like GameStop, BlackBerry, and AMC Entertainment Holdings, but it's a stock you need to know. The sell-side advertising platform was formed through a merger of equals between programmatic advertising company The Rubicon Project and Telaria, a connected-TV (CTV) specialist.

In layman's terms, Magnite works with websites and other digital publishers to sell their advertising spots (desktop, mobile, CTV) to the highest bidder.

The merger afforded the combined company the scale to take on "walled gardens" of Google and Facebook. Investors like what they're seeing: Magnite stock has exploded nearly 350% in the last year as investors are finally understanding the tremendous opportunity in CTV.

The market reacted favorably to the company's fourth-quarter preliminary results release that showed revenue growth jumping 69% according to generally accepted accounting principles (GAAP) and 20% pro forma, which includes revenue attributable to both entities pre-merger. These results were better than anticipated in a difficult advertising environment.

However, what drove the stock higher was growth in CTV jumped 53% pro forma versus the combined total in the year-ago quarter. Magnite is doubling down in this channel by acquiring CTV ad platform SpotX. As more consumers cut the cord, CTV will continue to attract eyeballs and Magnite is positioning itself to be the dominant ad delivery platform in the space. Look for the stock to keep rising as more investors understand the tremendous opportunity.