Please ensure Javascript is enabled for purposes of website accessibility
Log In Help Join The Motley Fool
Free Article Join Over 1 Million Premium Members And Get More In-Depth Stock Guidance and Research
By Dan Caplinger - Feb 10, 2021 at 11:40AM

Many are following these two stocks, which took hits on Wednesday.

The stock market got choppy on Wednesday morning, and the Nasdaq Composite (^IXIC 0.00%) wasn't able to sustain its recent push higher to all-time records. As of 11:15 a.m. EST, the Nasdaq was down about 0.5%, having given up an early gain.

Big-name companies have helped power the Nasdaq higher, yet investors have also benefited from some smaller companies that have a lot more long-term growth potential. On Wednesday, two of the most popular stocks on the Nasdaq recently -- Cassava Sciences (SAVA 0.95%) and Ocugen (OCGN 0.44%) -- posted sharp losses that showed that biotech stocks could remain volatile for quite some time despite their favorable prospects.

Shares of Cassava Sciences were down 15% Wednesday morning. Investors weren't happy about the terms that the biotech company settled for in raising capital.

Cassava announced a registered direct offering of common stock on Wednesday morning, with the intent of raising $200 million in cash. Several institutional investors focusing on the healthcare field negotiated directly with Cassava to buy nearly 4.1 million shares of stock at $49 per share. That price was far below the $57.56 per share Cassava stock fetched at the close on Tuesday, and current shareholders were disappointed that the company offered such a massive discount on a hot stock.

The capital raise came after Cassava reported its plans for developing its candidate Alzheimer's disease treatment, simulfilam, in the coming year. With costly phase 3 clinical trials upcoming, bringing in cash was an inevitable move.

If simulfilam is successful in offering a permanent solution to Alzheimer's, then Cassava shareholders are likely to see huge long-term stock gains that will make them forget about today's one-day drop. Nevertheless, it's always tough to accept when new investors aren't willing to pay the same price the market is putting on the stock. 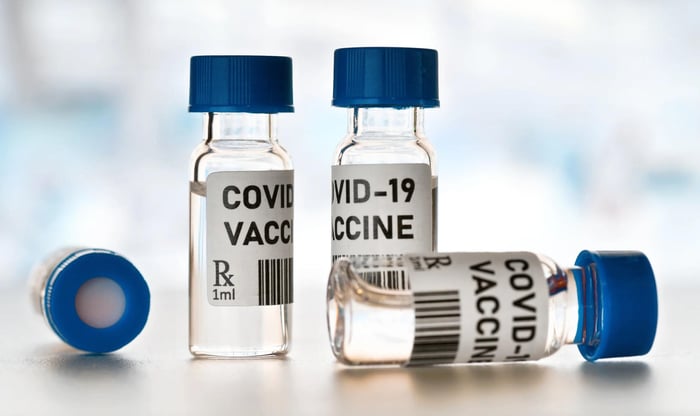 Getting cautious on Ocugen

Elsewhere, shares of Ocugen fell 16% on Wednesday morning. That left shares of the clinical stage biotech at a price double where it began the day, but it continued a decline from nearly $19 per share to its current price below $11.

The push higher for Ocugen began when the company announced a strategic partnership with Indian biopharmaceutical company Bharat Biotech to commercialize the Covaxin coronavirus vaccine in the U.S. market. In the aftermath of that announcement, Ocugen was able to raise $23 million in capital at a premium to its previous share price, an almost unheard-of accomplishment for a biotech.

Yet there's a chance that Ocugen might not receive an immediate Emergency Use Authorization from the U.S. Food and Drug Administration, at least without further study. The delay could cost Ocugen and Bharat significant revenue, and that brought the stock down from recent highs.

There's no doubt that coronavirus vaccines will be a big moneymaker for those allowed to sell them. Ocugen has a good chance, but the stock's movements reflect changing ideas about the odds of success. Shareholders can expect a bumpy ride as long as the uncertainty lasts.