The stock market had a late-day rally on Friday, which was enough to send all three major market benchmarks into positive territory. The S&P 500, Nasdaq Composite, and Dow Jones Industrial Average all reached new record levels, although the Dow had to settle for more modest gains than its broader-market peers.

A huge portion of the gains that stock market investors have reaped lately has come from high-growth stocks in areas that have already run up impressively for most of the past year. By contrast, though, some areas of the stock market that got largely forgotten in the bull market bounce continue to lag behind.

No matter how strong the momentum trade is right now, it's only a matter of time before unfairly punished stocks start to catch up with the broader market. It's impossible to predict exactly when that'll happen, but such divergences have inevitably reversed themselves in the past. 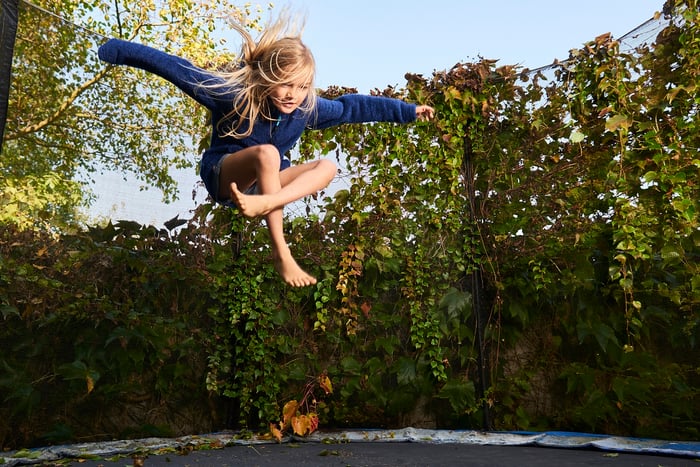 A tale of two Dows

To see how things shape up, it's helpful to look at the 30 stocks in the Dow. Overall, the average has risen more than 850 points so far this year. That's a relatively modest rise of less than 3%, but it's not terribly far behind the less than 5% return for the S&P 500.

Despite that positive performance, however, 10 of the Dow 30 stocks are down for the year after six weeks. For the most part, they fall into a few different categories:

In addition to those stocks, you'll also find some companies facing uncertainty in a changing environment. For instance, both Merck (MRK 2.11%) and UnitedHealth Group (UNH 0.79%) have to deal with the likelihood of healthcare reform in Washington, and while both companies have pivoted well to changing policy in the past, there's always the chance that they won't be able to adapt as successfully this time around. Similarly, Visa (V -0.71%) has seen some spending constraints both in the U.S. and internationally, but it's hopeful that a vaccine-led recovery will turn things around.

When will the cycle turn?

In the long run, stocks follow the performance of their underlying businesses. The problem that many of these lagging performers face is that they haven't produced much fundamental growth, but their share prices got bid up in the past because investors expected them to do well in a bear market.

The problem is that for many of the stocks above, that didn't happen with the bear market last winter. It was traditional growth stocks that did extremely well in February and March 2020, and many stalwart companies got hit precisely because of the nature of the pandemic.

Investors can be confident that these stocks will eventually find their way and recover. But the ones that will do so most quickly are the ones that can tap into growth trends. For instance, Verizon has the benefit of the 5G wireless revolution and the accompanying upgrade cycle to drive business. That's something a company like Coca-Cola lacks, as it's likely going to stick with beverages similar to what it's done in past years.

To separate tomorrow's winners from the losers, you'll want to look closely at businesses that will naturally tap into growth trends without huge effort. There, you'll find the best prospects for a true turnaround.