Please ensure Javascript is enabled for purposes of website accessibility
Log In Help Join The Motley Fool
Free Article Join Over 1 Million Premium Members And Get More In-Depth Stock Guidance and Research
By Matthew DiLallo - Feb 16, 2021 at 9:00AM

The global infrastructure-giant's stock has cooled off in recent weeks.

Brookfield Infrastructure (BIP 0.94%)(BIPC 1.18%) has an outstanding track record of enriching investors. From its inception in 2008 through the end of last year, Brookfield generated an annualized total return of 18%. That's outpaced the S&P 500 by a wide margin as the index has produced a roughly 10% annualized total return during that timeframe.

However, Brookfield has recently slipped from its market-beating ways. While it delivered a strong total return of 15% in 2020, that was slightly lower than the S&P 500's 18% total return. Meanwhile, its total return so far this year is around 2.5%, about half that of the S&P 500, following a 6.5% share-price decline from its peak in February. That recent weakness begs the question of whether Brookfield Infrastructure is a good buy right now or if its market-beating days are in the rearview mirror. 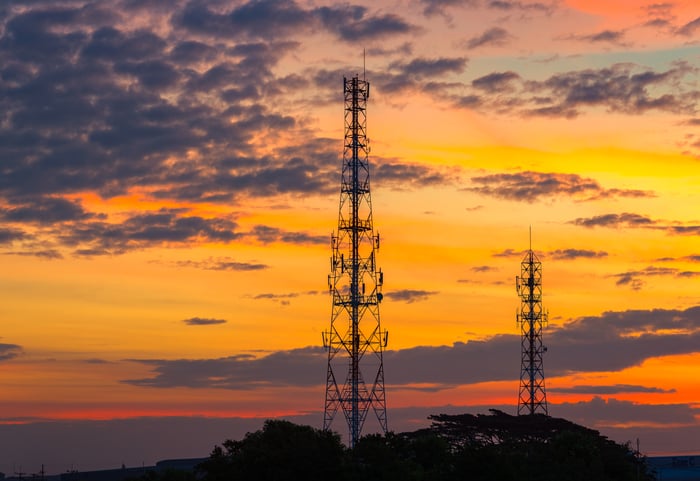 The bull case for Brookfield Infrastructure

Brookfield Infrastructure delivered solid results in 2020 despite facing several headwinds as the COVID-19 outbreak impacted the broader economy, foreign exchange rates, and energy markets, which weighed on the company's earnings. Overall, Brookfield's funds from operation (FFO) rose by 5%, or 2.3% on a per-share basis, after it sold some stock to help finance new investments.

However, those headwinds should become tailwinds in 2020. Brookfield noted that a low-interest-rate environment and the global rollout of several vaccines should give the economy a shot in the arm this year, boosting gross domestic product (GDP)-sensitive assets like its ports, toll roads, and rail businesses. On top of that, an improvement in the energy market will benefit Brookfield's midstream business since about 15% to 20% of those revenues have some sensitivity to market conditions.

In addition, Brookfield will benefit from the $2.5 billion it invested in organic growth projects and acquisitions last year. The company bought a telecom tower portfolio in India and purchased an interest in a U.S. liquefied natural gas (LNG) export facility toward the end of 2020. As a result, those deals will help fuel earnings growth in 2021.

Finally, Brookfield is working on converting a large pipeline of investment opportunities. It recently revealed its offer to purchase the rest of Inter Pipeline (IPL) that it doesn't already own. If Brookfield can secure this transaction and others in its pipeline, the deals could provide a big boost to its earnings when they close. 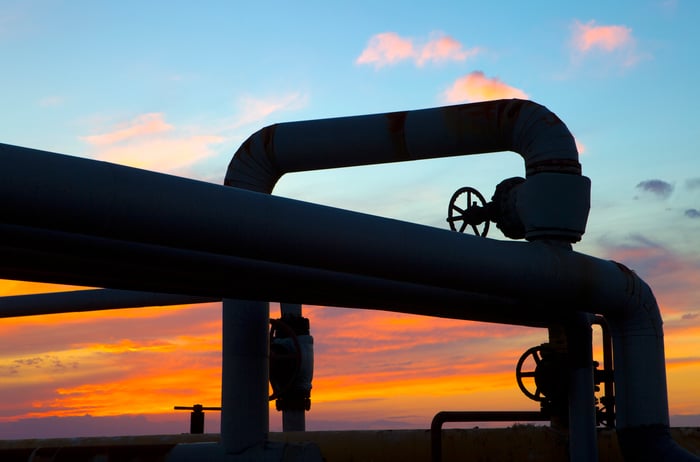 The bear case for Brookfield Infrastructure

One concern with buying Brookfield Infrastructure right now is that deal for Inter Pipeline. While Brookfield sees a bargain in that company's world-class oil midstream infrastructure, it hasn't been able to agree to terms with Inter Pipeline's management team. Brookfield said it could increase its offer price if Inter Pipeline negotiates, but the company believes its intrinsic value is much higher than even Brookfield's highest potential bid. Because of this, Brookfield might have to push the envelope on what it's willing to pay to seal a deal.

Meanwhile, the company is also paying an opportunity cost to continue negotiating with Inter Pipeline when it could better spend its time on other pursuits. That's because Inter Pipeline comes with long-term risk, given its focus on the emissions-intense Canadian oil sands. As the global economy pivots toward cleaner fuel sources, Inter Pipeline's business might face increasing environmental headwinds, which could reduce the cash-generating capabilities and value of its oil infrastructure assets.

Another potential headwind facing Brookfield Infrastructure is a likely uneven economic recovery. While vaccines are rolling out, it's a slow process that could face disruptions from manufacturing and shipping delays, resistance among the population, and new variants. Because of that, Brookfield's economically sensitive business might not recover as quickly as it anticipates, which could weigh on its results and share price this year.

The reward of buying looks worth the risk

Brookfield believes 2021 will be a big year. It expects last year's COVID-related headwinds to shift into tailwinds, propelling its FFO upward. On top of that, it has several needle-moving acquisitions in the pipeline, including Inter Pipeline.

While there's some risk with that deal and the potential uneven rollout of vaccines, Brookfield has an excellent track record of creating shareholder value. Because of that, it looks like a solid buy right now, despite the current uncertainties.