Engines caught fire on two Boeing planes over the weekend -- and this is good news?

Engine failures aboard two Boeing-built airplanes over the weekend cost Boeing (BA -0.61%) stock two straight days of stock market declines this week. But here on Wednesday, it's starting to look like Boeing will bounce right back. 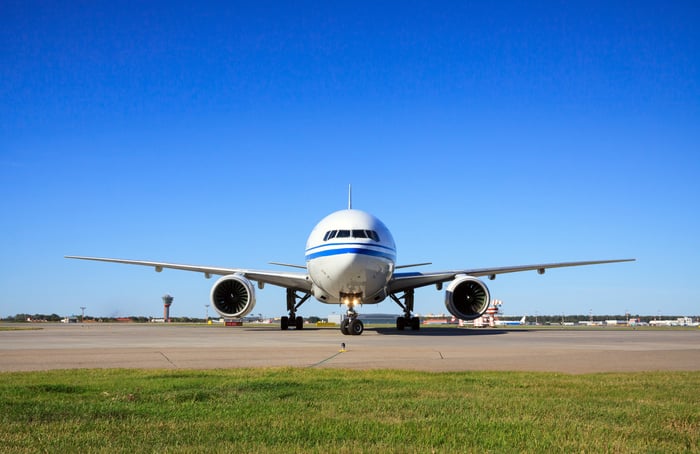 Granted, there were no casualties in either incident. And initial reports suggest that the mechanical problems aboard a Boeing 777 in Colorado and a Boeing 747 in the Netherlands weren't actually Boeing's fault, but were due to metal fatigue in engines built by supplier Raytheon Technologies (RTX -0.65%). But even so, why would Boeing stock be going up on any bad news, especially in light of all the difficulties the company suffered during its 737 MAX fiasco?

Well, it could be because Boeing learned a lot about the practice of PR from that particular trial by fire.

In reporting this week, Boeing is winning praise from Reuters for its "speedy response" to the crisis. "Within a day," observes the news organization approvingly, "Boeing issued a statement urging airlines to suspend use of 777 jets with the same Pratt & Whitney PW4000 engines," despite the risk that grounding 128 Boeing jets might tarnish the company's image. And in contrast to the recalcitrance exhibited during the MAX investigation, Reuters says Boeing has "expressed unequivocal support of the U.S. Federal Aviation Administration's call for extra inspections and Japan's mandatory suspension of flights" -- putting itself on the right side of history with regulators this time around.

Reuters quotes Dartmouth Tuck School of Business professor Paul Argenti as saying that Boeing is trying to "cooperate" and "take ownership" of any responsibility it might have for the problems. That quick action -- Boeing's immediate mea-maybe-culpa -- is tending to shift media criticism away from Boeing and onto the company that built the engines, and onto the airlines that maybe weren't sufficiently attentive in their maintenance and inspection of the engines instead.