Please ensure Javascript is enabled for purposes of website accessibility
Log In Help Join The Motley Fool
Free Article Join Over 1 Million Premium Members And Get More In-Depth Stock Guidance and Research
By Rich Smith - Updated Feb 24, 2021 at 11:05AM

It's still earnings season for cruise line stocks, and the news isn't all bad.

Tuesday morning was looking like a rough day for cruise industry investors. Carnival Corporation (CCL -10.30%) (CUK -10.47%) had just announced a new $1 billion capital raise -- on top of $3.5 billion raised just two weeks ago -- highlighting the industry's need for cash and raising new worries that the recession might not end soon.

In response to bullish news that Carnival rival Royal Caribbean (RCL -10.20%) has "seen a 30% increase in new bookings since the beginning of the year when compared to November and December" (according to its CFO, Jason Liberty), Deutsche Bank suddenly said it saw "many" reasons to be optimistic, and raised its price target on Royal Caribbean stock to $79 a share. Then J.P. Morgan agreed, raising its price target to $100. And all of a sudden, the cruise stocks turned around. Carnival, Royal Caribbean, and Norwegian Cruise Line Holdings (NCLH -11.99%), too, ended Tuesday on a high note.

And they're riding higher again today. As of 10:20 a.m. EST Wednesday, Carnival stock is up 3.3%, Royal Caribbean 5.7%, and Norwegian 6.6%. Partially, I suspect this is a continued reaction to the positive commentary out of Wall Street yesterday. But it may also be in anticipation of more good news from the next cruise stock to report earnings: Norwegian Cruise Line Holdings. 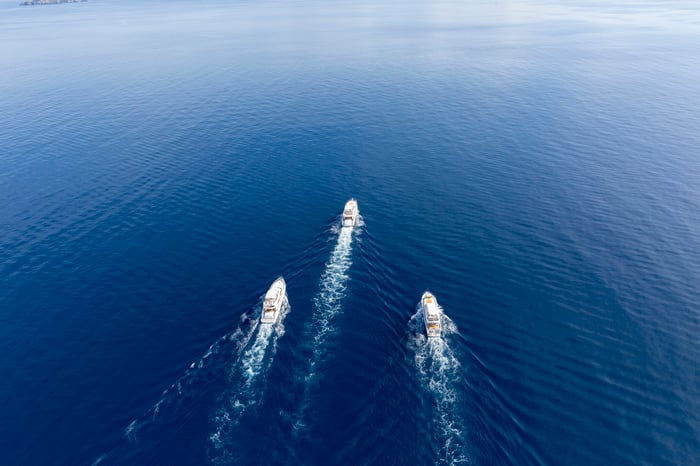 On Monday, Royal Caribbean said it thinks the U.S. Centers for Disease Control could be only a few days away from releasing technical regulations that permit cruise lines to begin "trial" voyages with volunteer passengers, testing the waters to see if it's safe to resume cruising regularly again. Norwegian Cruise Line Holdings will be next to report earnings, Thursday morning, and that company should have an opportunity to provide even more detail on the status of the CDC's regulations.

Norwegian will also, of course, report its earnings. Investors aren't expecting much good on that front: $2.17 per share in losses and a 99.8% decline in sales year over year. But more important than that, Norwegian should also update investors on its financial health and its ability to survive until cruising resumes in earnest.

Specifically, investors will want to see the status of Norwegian's cash reserves and cash burn rate -- which could potentially provide more good news such as Carnival gave us last month. To recap, at last report:

Whether today's cruise stock rally continues into Thursday may well depend on how much good news Norwegian can give us tomorrow.