Please ensure Javascript is enabled for purposes of website accessibility
Log In Help Join The Motley Fool
Free Article Join Over 1 Million Premium Members And Get More In-Depth Stock Guidance and Research
By Courtney Carlsen - Feb 25, 2021 at 10:22AM

Here's what we learned from the regional bank's record year in 2020.

Glacier Bancorp (GBCI 0.66%), a regional bank in the Rocky Mountain and Southwest regions of the U.S., just finished out a year for the record books in 2020, reporting net income of $266 million. The bank skillfully navigated the pandemic year and found opportunities to thrive despite the tough economic backdrop.

Here are five things investors learned from Glacier Bancorp's earnings release and its operations in 2020.

1. A record year for gain on the sale of loans

Glacier Bancorp brought in $99.5 million from gains on the sale of loans in 2020, which is an increase of $65.4 million, or 192%, from 2019. This strong performance was consistent even through the fourth quarter, which showed the bank netting $26.2 million on loan sales.

The gain on sale of loans was driven by record mortgage production, which seems to be a common theme among the best-performing banks in 2020. Mortgage production increased both purchase and refinance activity, which were driven by interest rate cuts made by the Federal Reserve during the year. 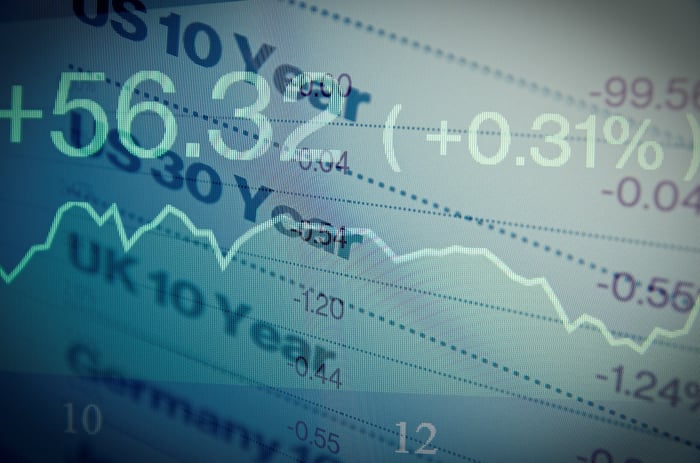 2. Improvements were made to its loan portfolio

Glacier Bancorp's holding of modified loans during the year dropped significantly by the end of the fourth quarter. During the year, the bank modified 3,054 loans worth $1.5 billion, providing short-term deferrals of six months or less for most of those borrowers. As of Dec. 31, only $94.9 million worth of loans were in modification, 6.2% of the original modified amount. This represents just 0.93% of the $10.2 billion in loans, excluding PPP loans, held by the bank.

Additionally, the bank has $642 million -- 6% of total loans -- exposed to high-risk industries, which require enhanced monitoring. Of these high-risk loans, the bank had $77.5 million in modified loans at the end of the third quarter. In the fourth quarter, this amount dropped to $23.5 million in modified loans, a reduction of $54 million. The bank continues to improve its loan portfolio, a sign that better times are on the horizon.

The bank originated 16,090 Paycheck Protection Program (PPP) loans which amounted to nearly $1.5 billion in total, with the majority of loans expected to be forgiven by the Small Business Administration (SBA). These PPP loans generated $21.5 million in interest income in the fourth quarter, and $38.2 million in the year for Glacier Bancorp, with $14 million in interest income accelerated by SBA forgiveness. These PPP loans also generated $55.2 million of SBA processing fees for the bank.

As of Dec. 31, the bank has received SBA forgiveness on $539 million in PPP loans, leaving $909 million worth of PPP loans on the bank's books. These loans will continue to boost the bank's earnings in the coming quarters, with CEO Randall Chesler saying the company believes the bulk of these loans will be waived in the first half of 2021. As more loans are forgiven by the SBA, expect to see an uptick in interest income for Glacier Bancorp in the coming quarters.

As a result, debt security income increased 17% from last year, to $99.6 million. The average yield on those securities for the year was 2.29%, down from 2019's average yield of 3.15%. Chesler noted that the bank has been cautious with its new investments, partly due to the low rate environment coupled with the risk of deposit outflows down the road, and has been targeting short average life on debt securities.

5. Its efficiency ratio improved from the prior year

Glacier Bancorp's efficiency ratio dropped to 50%, an improvement from its 57.8% ratio a year earlier. However, much of the decrease was from the effect of the PPP lending program. Excluding the effect from this would have put the efficiency ratio at 53.7%, which is still an improvement from last year's adjusted ratio of 54.8%. Improvements were made thanks to gain on sale of loans along with the increased net interest income. According to Chesler, the bank is targeting an efficiency ratio of around 55%, which could provide it with an opportunity to reinvest in the business given its current ratio.

Glacier Bancorp is a stock to keep an eye on

Glacier Bancorp is a well-run regional bank, and its expansion into Arizona will be a key factor driving the bank's growth further. Additionally, management has done a great job of capitalizing on opportunities -- such as the PPP lending program -- presented during a tough pandemic year, making this one stock you should have on your radar.

Glacier Bancorp Went Big and Is Paying Up For Its Latest Acquisition. Here's Why

Can This Regional Bank in the Rockies Keep Winning in 2021?