The pandemic has created difficulties for countless enterprises, but the entertainment industry has been hit particularly hard. Media giants like AMC Entertainment Holdings (NYSE:AMC) and Walt Disney (NYSE:DIS) have seen attendance plummet due to closures of theme parks and theaters. And the financial impact has weighed heavily on the top and bottom lines for both companies.

Despite this, Disney still looks like a great long-term investment, but I wouldn't buy AMC stock with free money. Here's why.

Less than a mile down the street from where I live, the AMC theater that was once a hotspot is now all but abandoned, the massive parking lot perpetually empty. And while that's just one location, the story is similar around the globe. In March 2020, AMC closed all of its theaters due to the coronavirus -- roughly 1,000 locations in 15 different countries. 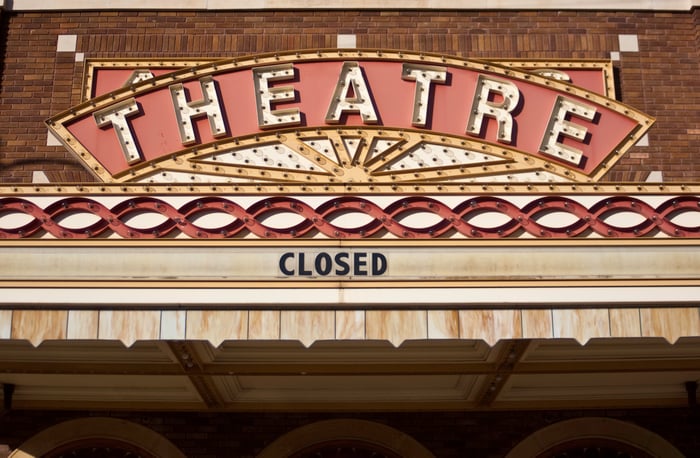 That was the beginning of a big problem. You see, AMC operates 875 of its theaters (the vast majority) under lease agreements, meaning the company has to pay rent. AMC also entered 2020 with $4.7 billion in debt on its balance sheet, meaning it must also make interest payments. But it's hard to make those payments when theaters are closed.

Fast forward nine months, and AMC is on the brink of bankruptcy. Despite reopening many locations, AMC's attendance dropped 75% in the first three quarters of fiscal 2020, and revenue plunged 73% over the same period. Even worse, the company's operating cash flow is negative $403 million over the last 12 months. In other words, AMC's business is burning money. And with only $418 million in cash and equivalents remaining (as of Sept. 30, 2020), the situation is dire.

According to The Wall Street Journal, AMC was able to raise $917 million since mid-December, in a combination of debt and equity. The company believes it now has enough cash to avoid filing for bankruptcy and continue operating "deep into 2021." But if that's the silver lining, the future still looks bleak for AMC.

Disney has also been hit hard by the pandemic. Theme parks and retail stores were closed, live sports have been rescheduled, and theatrical releases have been delayed or canceled. In total, the company estimates this was a $7.4 billion headwind to operating income last year, and it resulted in a net loss of $2.9 billion for fiscal 2020.

However, Disney isn't on the brink of bankruptcy like AMC. And that's because Disney has something that AMC lacks: a durable competitive advantage. Specifically, Disney owns some of the most valuable content in the world: Star Wars, Marvel, Pixar, and Disney's own animated and live-action classics like Aladdin and Toy Story. Just look at the top-grossing films of all time: Disney owns four of the top five, and 14 of the top 20. That's 80% and 70%, respectively. No other media company comes close to that figure. 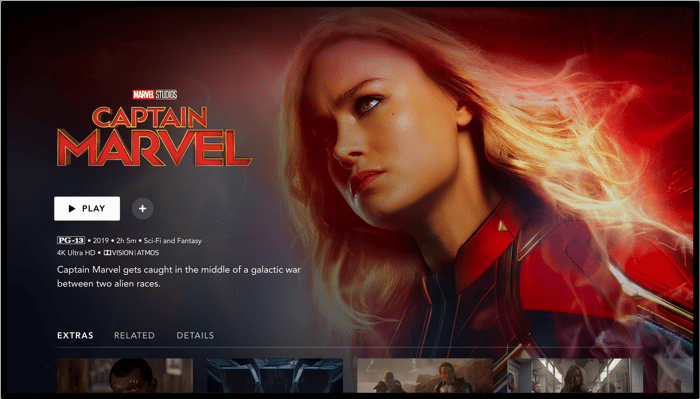 More importantly, Disney is capitalizing on that advantage. The company now offers three different streaming services -- Disney+, ESPN+, and Hulu -- and all three have outperformed management's expectations. The launch of Disney+ has been particularly spectacular. Since it first became available in November 2019, the streaming service has added 94.9 million subscribers. For reference, in April 2019, Disney estimated it would have 60 million to 90 million subscribers by 2024. The company has utterly crushed that guidance.

Disney also has another advantage. Theme parks like Disney World and Disneyland are virtually impossible to replicate. The company's ability to weave media content into the parks -- like Pixar Pier and Avengers Campus at Disney's California Adventure -- creates an experience that no other company can offer. That's why Disney's parks will survive this pandemic and eventually return to "normal" -- if such a thing still exists.

AMC's future on the other hand is much more questionable. With Mulan and Soul, Disney has shown that it can go directly to consumers with its content. And while the launch of Mulan did not go as well as the company hoped, CEO Bob Chapek indicated that Disney will continue to explore this distribution channel. For instance, Raya and the Last Dragon is set to launch in theaters and on Disney+ (via premier access) on March 5. No matter how you look at it, that's bad news for AMC.

In my opinion, investors should stay far away from AMC stock. The pandemic has hit this company hard, and the future looks bleak given the trend toward direct-to-consumer distribution.

Additionally, AMC's only differentiating factor is its scale -- AMC is the largest movie exhibitor in the world, and the company ranks either first or second in terms of market share in 12 out of the 15 countries in which it operates. And while scale can be a big advantage, it means nothing if theaters are closed or operating at reduced capacity, or if the general public would rather watch a movie in the comfort of their own home.

By comparison, Disney has a wealth of content, one-of-a-kind theme parks, and a well-known brand name that is trusted by parents around the globe. Those advantages should not only allow the company to survive this difficult period, but also make Disney more resilient on the other side.