Please ensure Javascript is enabled for purposes of website accessibility
Log In Help Join The Motley Fool
Free Article Join Over 1 Million Premium Members And Get More In-Depth Stock Guidance and Research
By Rich Duprey - Feb 26, 2021 at 7:07AM

Seltzer doesn't seem like beer until you dive into the weeds of brewing.

Although the legal argument behind Anheuser-Busch InBev's (BUD -4.18%) new lawsuit against Constellation Brands (STZ -5.54%) hinges on whether hard seltzer is technically "beer," the stakes are actually much higher.

While actual beer sales continue to decline, hard seltzer remains one of the hottest adult beverages on the market, growing at triple-digit rates. So maintaining a competitive advantage is imperative, even if it means going to court. 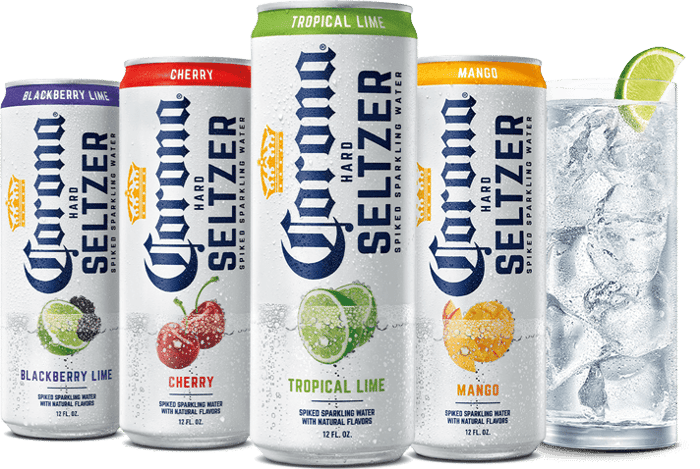 Anheuser-Busch's Grupo Modelo contends Constellation Brands violated the licensing agreement for Corona that was signed as part of the mega brewer's acquisition of the Mexican brewery in 2013 to satisfy antitrust concerns.

As part of the anti-trust deal, Constellation acquired the rights to distribute Modelo's portfolio of beer, including Corona and other Modelo brands, in the U.S. while Anheuser-Busch retained rights to the brands in the rest of the world.

Modelo argues Constellation is not permitted to market Corona as anything other than beer, which it says means "beer, ale, porter, stout, malt beverages, and any other versions or combinations of the foregoing, including nonalcoholic versions of any of the foregoing." It says Corona's hard seltzer doesn't fall into any of those categories.

While hard seltzer is just seltzer with alcohol added, it's been broadly accepted as an offshoot of the brewing industry. The craft beer industry's Brewers Association trade group, for example, has even allowed brewers that make more hard seltzer than beer to still be classified as a craft brewer.

Although hard seltzer is often seen as an extension of the flavored malt beverage category because the alcohol is many times derived from malted barley, other times the alcohol comes from fermented sugar, which is how Corona Hard Seltzer is made.

Yet federal Tax and Trade Bureau regulations classify hard seltzer as "beer" because it is produced from either brewed malt or brewed sugar, though under the Federal Alcoholic Administration Act, a malt beverage must contain fermented barley malt and hops.

This is why non-malt, sugar-based beverages (sake, for instance) are referred to as "Internal Revenue Code beer" or "Food and Drug Administration beer," because they have excise taxes imposed on them and the FDA regulates their labeling (hence nutrition labels on seltzer). So Modelo's argument against Constellation isn't so cut and dry.

Hard seltzer isn't new. In the 1990s, Molson Coors' (TAP -6.11%) Zima was an early foray, but it was so different it failed to catch on and was eventually removed from the market.

The latest iteration of the category started with the launch of SpikedSeltzer by Boathouse Beverage in 2013, which was acquired by Anheuser-Busch three years later and rebranded as Bon & Viv because the target demographic at the time was seen as women and wine drinkers.

That was a missed opportunity because hard seltzer is actually one of the few gender-neutral drinks, and it allowed White Claw from Mark Anthony Brands to position itself to quickly run away with the market. What had once been a fast-growing drink when it was independent suddenly went nowhere, as Bon & Viv became almost an afterthought in the space.

Boston Beer (SAM -5.42%) followed with its Truly brand and rocketed into second place with its unique fruity characteristics. Together, White Claw and Truly own three quarters of the hard seltzer market.

By any means necessary

That's left everyone else scrambling for the industry's scraps, and Anheuser-Busch has flooded the market with numerous iterations targeted to different price points. Its most popular hard seltzer is Bud Light, which has grown to an almost 10% share of the market, good enough for third place.

That may be why Anheuser-Busch sees fast-growing Corona Hard Seltzer as a threat. Launched in February 2020 and marketed to the Hispanic community, Constellation says the beverage leapfrogged over the competition into fourth place by October with an estimated 6% market share.

The distributor was reportedly "very surprised" by the lawsuit, saying it is "a blatant attempt to restrain a strong and well-established competitor".

Modelo contends it notified Constellation last August it was in breach of the licensing agreement, and demanded it stop importing Corona Hard Seltzer into the U.S. If the lawsuit is successful, Constellation could see a major disruption to its business.

The beer segment is Constellation's largest with almost $1.7 billion in revenue last quarter, up 28% from the year-ago period, and driven higher in large part because of Corona Hard Seltzer sales.

The Corona brand has been a major force for growth for Constellation, first in beer, now with seltzer. Knocking that one leg out from under the distributor could be a serious blow to future profits, but it all hinges on what classifies as beer.