Please ensure Javascript is enabled for purposes of website accessibility
Log In Help Join The Motley Fool
Free Article Join Over 1 Million Premium Members And Get More In-Depth Stock Guidance and Research
By Rich Duprey - Updated Sep 17, 2019 at 10:28AM

We may have reached the limits of how far alcohol can be watered down.

We knew it was coming. First, there was hard tea, then hard cider. More recently, we saw even hard soda. Now, get ready for hard water. No, not the stuff running out of your kitchen faucet but, rather, alcohol-infused seltzer.

Brewer Boston Beer (SAM 4.54%) is launching a new line of alcoholic beverages called Truly Spiked & Sparkling, that will feature 5% alcohol by volume, 100-calories, and fruit flavors. The maker of Twisted Teas and Angry Orchard hard cider isn't the first brewer to tap into this market -- Boathouse Beverage has offered Spiked Seltzer since 2013 and Wachusett Brewing launched its Nauti Seltzer in February -- but Boston Beer is the first big craft brewer to make the beverage broadly available. According to the brand's Facebook page, Truly is now available in 16 states. 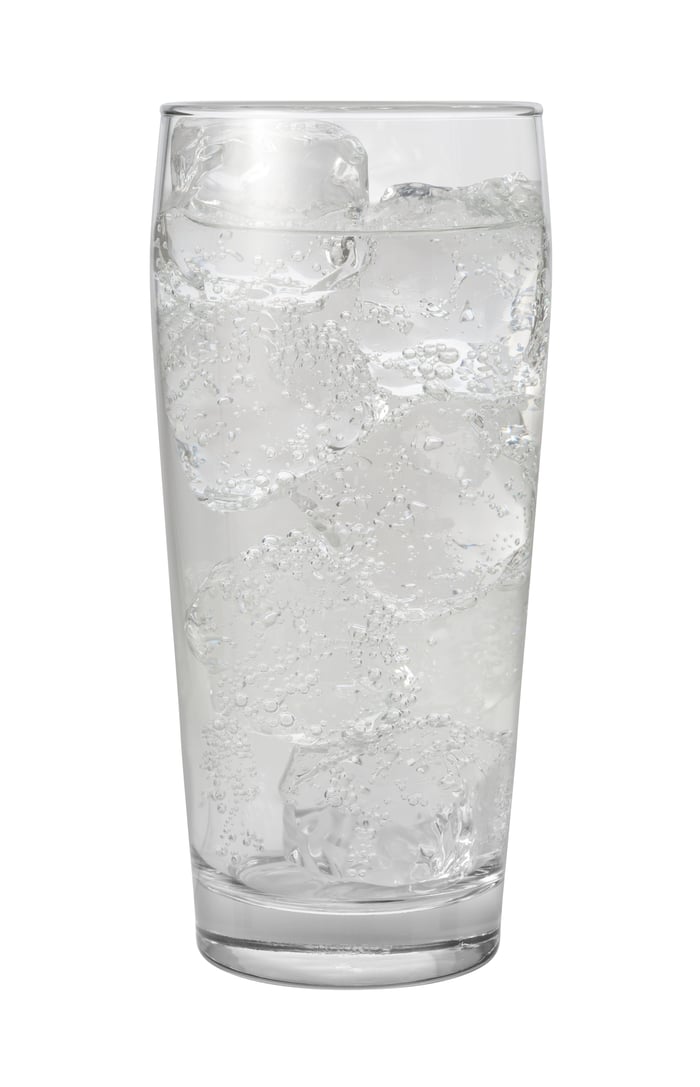 Industry trade site Brewbound reports the drink will have women and wine drinkers as its primary target demographic, one of the fastest-growing segments of adult beverage drinkers. While craft beer is still growing at double-digit rates, Boston Beer has found the burgeoning market more difficult to navigate as store shelves become more crowded. It has taken to offering lighter, seasonal, and more fruity beer flavors, but is also introducing the teas, ciders, and sodas that have more feminine appeal.

With Boston's new line of drinks, though, we're likely to see other big brewers like Anheuser-Busch InBev (BUD 0.30%) and Molson Coors (TAP 1.14%) enter the niche as well. Angry Orchard, for example, wasn't the first hard cider on the market, but its success helped spur A-B to introduce its Stella Artois Cidre, and the Molson-SABMiller (NASDAQOTH: SBMRY) joint venture MillerCoors bought the Crispin brand and launched the Smith & Forge line.

As hard seltzer gains adherents, it could become a problem for SodaStream International (SODA), which has staked its survival on DIY sparkling water. In 2014, it inked a deal with reality TV star Bethenny Frankel to introduce a line of Skinnygirl flavors for its at-home appliance, a not-unwise decision but one that hasn't yet done anything meaningful for the company. Facing competition from non-alcoholic beverage makers has been difficult enough, but now adding Big Beer to the list could introduce a new set of worries.

Or it could give a new path for growth. Since the adult beverage component of SodaStream's business has remained largely invisible, the breweries could raise the profile of the opportunity if the water maker piggybacks with new marketing.

Angry Orchard had that effect on cider. It went from literally nothing to a major component of and driver for Boston Beer's sales, though that fad may have peaked as cider depletions, or sales from distributors to retailers, which are considered a reliable proxy for consumer demand, contributed to an overall 4% decline in 2015. That's a major deceleration because Angry Orchard's depletions had started off the year jumping 8% from the prior period.

It also helps explain why Boston Beer is casting about for the new, new thing. Both cider and its signature Samuel Adams lager have encountered lackluster, even falling demand, making it essential it find something new to spark interest. Sparkling water could be the thing, which is why it wouldn't be surprising if SodaStream was on tenterhooks over the development.

Since it transitioned from a DIY soda company to an at-home sparkling water system, SodaStream International has been selling fewer starter kits than before. It's making the transition from soda to water because soda is a declining category while bottled water at least is growing, and consumers may have no further need to buy a high-priced machine to make what can easily be picked up at the corner liquor store for less, just as they've curtailed their buying of at-home soda appliances.

For its part, Boston Beer can only hope it finds the next big category before the craft beer bubble eventually pops.