With Disney+ boasting 95 million global subscribers just 14 months after its launch, Walt Disney (DIS 3.51%) and its investors have to be pleased. That result exceeds the top end of Disney's original forecast range for the number of subscribers it would rack up in five years, an outperformance that led CFO Christine McCarthy to revise her 2024 estimate dramatically upward to a range of 230 million to 260 million subscribers. If it hits that new target, the streaming service will surpass Netflix's (NFLX 1.98%) current subscriber total.

In order to reach Netflix-level scale, Disney+ will need to increase its penetration in Europe and Latin America. 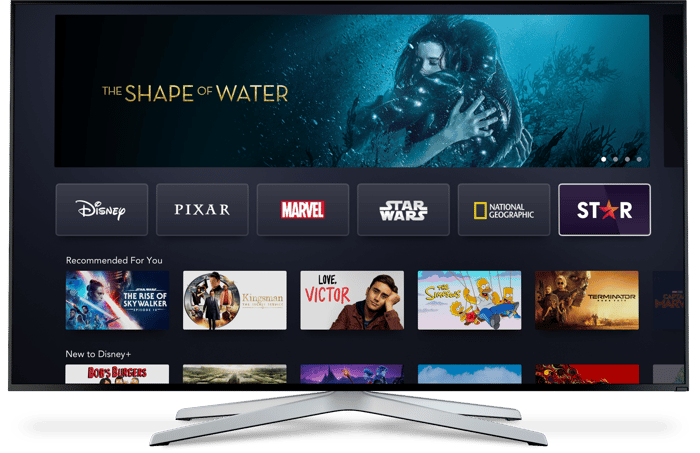 Today, Netflix's EMEA (Europe, Middle East, and Africa) and Latin America segments account for over 50% of its total subscribers. But less than four years ago, when Netflix had about as many subscribers as Disney+ has now, those two regions accounted for just 37% them. Over the last four years, Netflix added 47 million subscribers in the EMEA region and another 22 million in Latin America.

In Europe, Netflix has used its scale and deep pockets to buy up some of the best local content in order to meet quotas mandated by the European Union. Its catalog, combined with a subscription price that's attractive even in a region where people are accustomed to paying less for TV than Americans do, has made Netflix extremely popular there.

Disney+ currently has just 10 million subscribers in the region, according to media think tank the European Audiovisual Observatory. It recently announced 10 new original European titles, most of which will fall under its Star brand. The company's adding lots of new content under the Star brand in Europe, which is aimed at more a general entertainment audience than the other Disney+ brands. While access to Star costs an additional 2 euros per month, it could help Disney improve its penetration of the market, which has shown a growing appetite for streaming content.

Disney also launched Star+ in Latin America, offering a discounted bundle to Disney+ subscribers. It includes both the general entertainment content available on Star and sports content from ESPN. Disney doesn't have any immediate plans to produce local original content for Latin American markets, but the addition of live sports could expand its appeal.

It shouldn't be a huge surprise that such large percentages of Disney+ subscribers reside in the United States and India. Even before it was launched, Disney already had streaming services in those markets -- Hulu and ESPN+ in the U.S., and the extremely popular Hotstar service in India. Disney used them to market and bundle Disney+, helping it quickly grow the new service's subscriber base.

In Europe and Latin America, though, the giant media company is building its streaming brand from scratch. While it has adeptly partnered with distributors to help with marketing and getting its service into consumers' homes, it doesn't have the running start it did in the U.S. and India.

But if Netflix's results are any indication, there's plenty of demand for streaming services in those markets. Disney has the brands, intellectual property, content rights, and production budgets to deliver content that caters to specific local markets as well as content designed to appeal to broad global audiences.

Investors shouldn't be worried about the relatively slow start Disney+ is off to in those regions. Just the opposite, in fact. The service's low penetration so far in Europe and Latin America only means there's a lot of growth yet to come.